World War II pilot 2nd Lt. Charles Carlson was killed in action on Dec. 23, 1944, when his P-47 Thunderbolt was shot down by the enemy near Bonn, Germany, said Air Force officials.

More than 70 years later, his remains were identified and brought home. The former 62nd Fighter Squadron pilot was finally laid to rest during a ceremony last week at Indiantown Gap National Cemetery in Annville, Pennsylvania.

Remains of WWII pilot from NYC killed in 1944 identified

The remains of a World War II pilot from New York City have been identified more than 70 years after he was killed in combat.

Approximately 50 airmen assigned to the 62nd Fighter Squadron at Luke Air Force Base in Arizona attended Carlson’s funeral to pay their respects to him and his family, said Air Force officials.

Lt. Col. Peter Lee, the 62nd Fighter Squadron commander, said he saw a photo of his squadron’s patch one morning while browsing his Facebook feed. Thinking it was one of his own, he clicked on the link and found information regarding Carlson’s funeral.

Because of that, the airmen of the 62nd Fighter Squadron were able to take a 2,000-mile flight in a KC-135 Stratotanker, flown by the Arizona National Guard, to attend the funeral.

“I believe very strongly that you die twice, once when your heart stops beating and the last time that someone says your name,” Lee said.

The 62nd Fighter Squadron also performed a missing-man formation fly-over led by Capt. Kyle Babbitt, according to the Air Force.

”If it had been me on the other side, I would really appreciate this for my family,” Babbitt said. “It’s definitely an honor to take on this responsibility.” 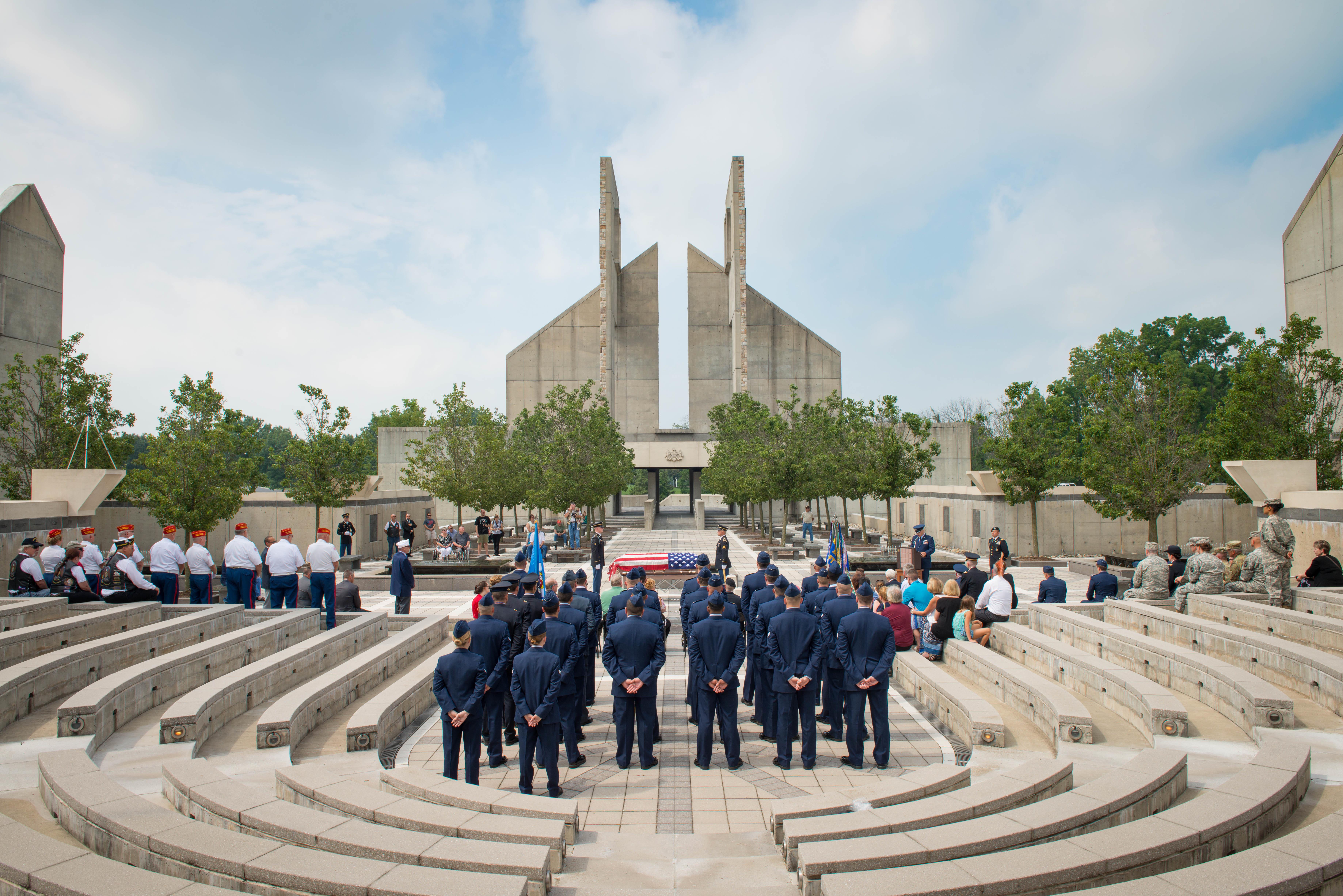 Airmen assigned to the 62nd Fighter Squadron stand in formation during the funeral service for 2nd Lt. Charles E. Carlson at the Indiantown Gap National Cemetery in Annville, Penn., Aug. 4, 2017. Approximately 50 Airmen traveled more than 2,000 miles to attend Carlson’s funeral, who died during World War II after being shot down. (Staff Sgt. Jensen Stidham/Air Force)
2 of 6 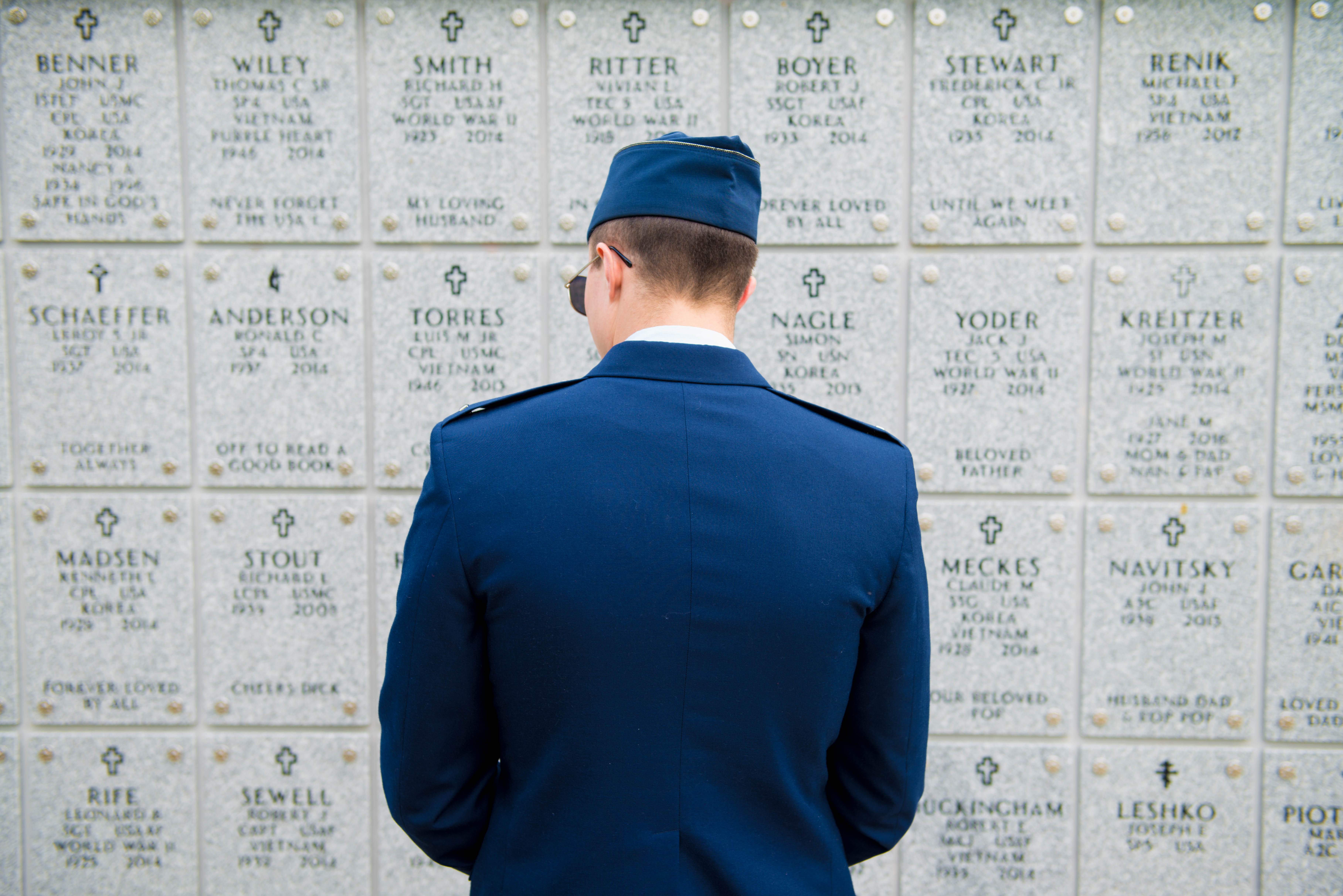 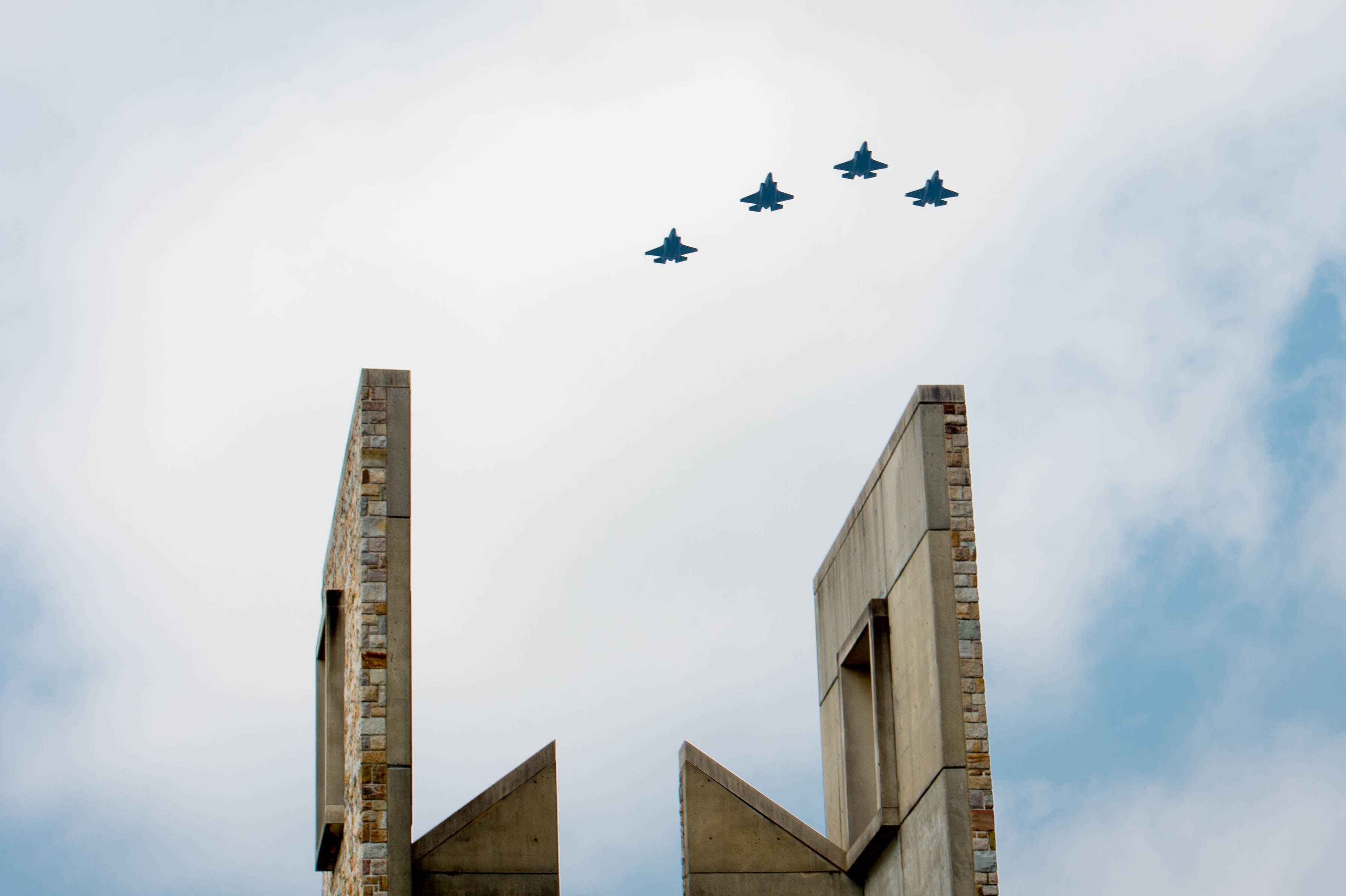 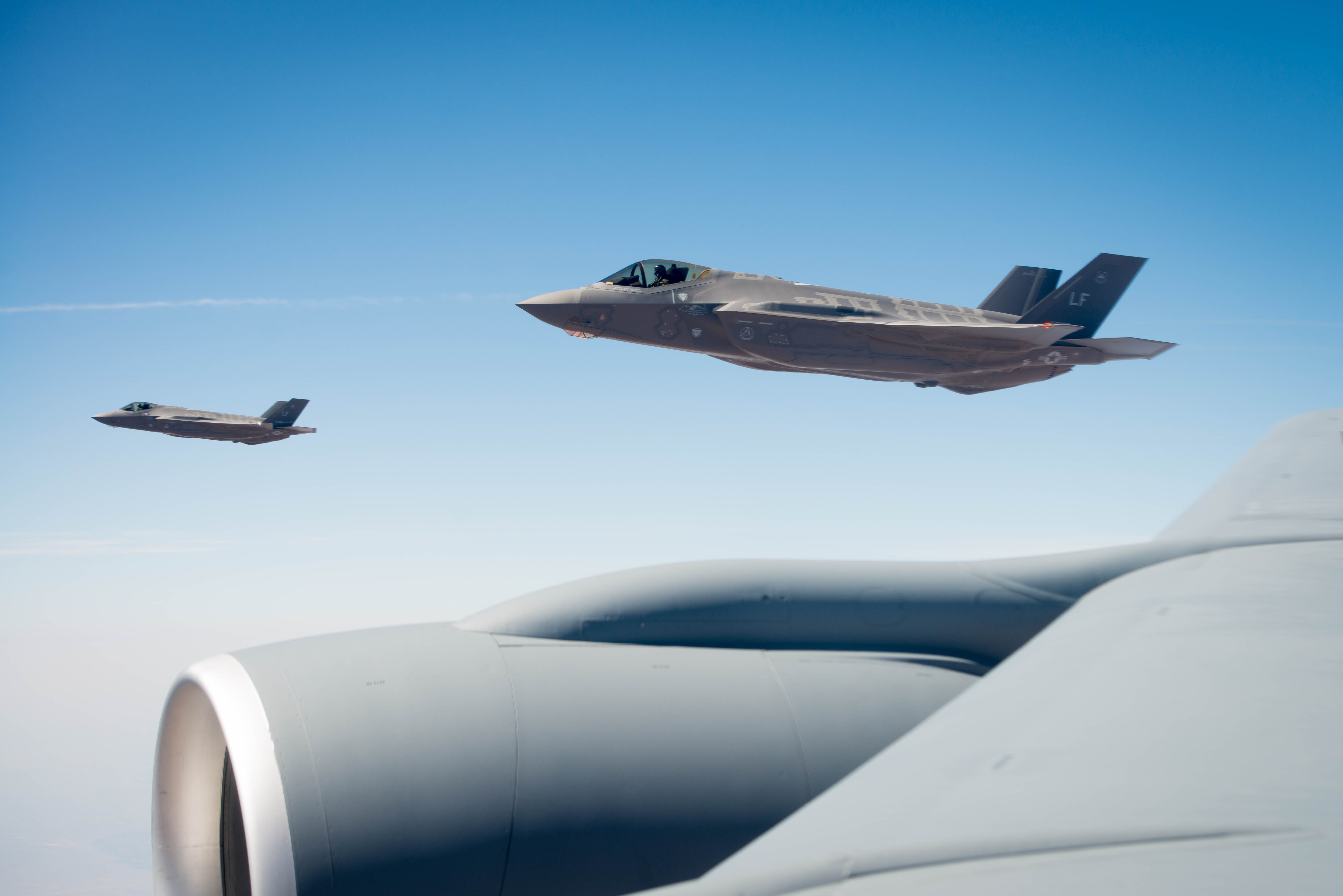 Two F-35A Lighting IIs assigned to the 62nd Fighter Squadron, Luke Air Force Base Ariz, fly near an Arizona National Guard KC-135 Stratotanker Aug. 4, 2017. Four F-35’s participated in a missing man formation fly-over during 2nd Lt. Charles E. Carlson’s funeral in Pennsylvania more than 70 years after being shot down over Germany in World War II when he was assigned to the 62nd FS. (Staff Sgt. Jensen Stidham/Air Force)
5 of 6 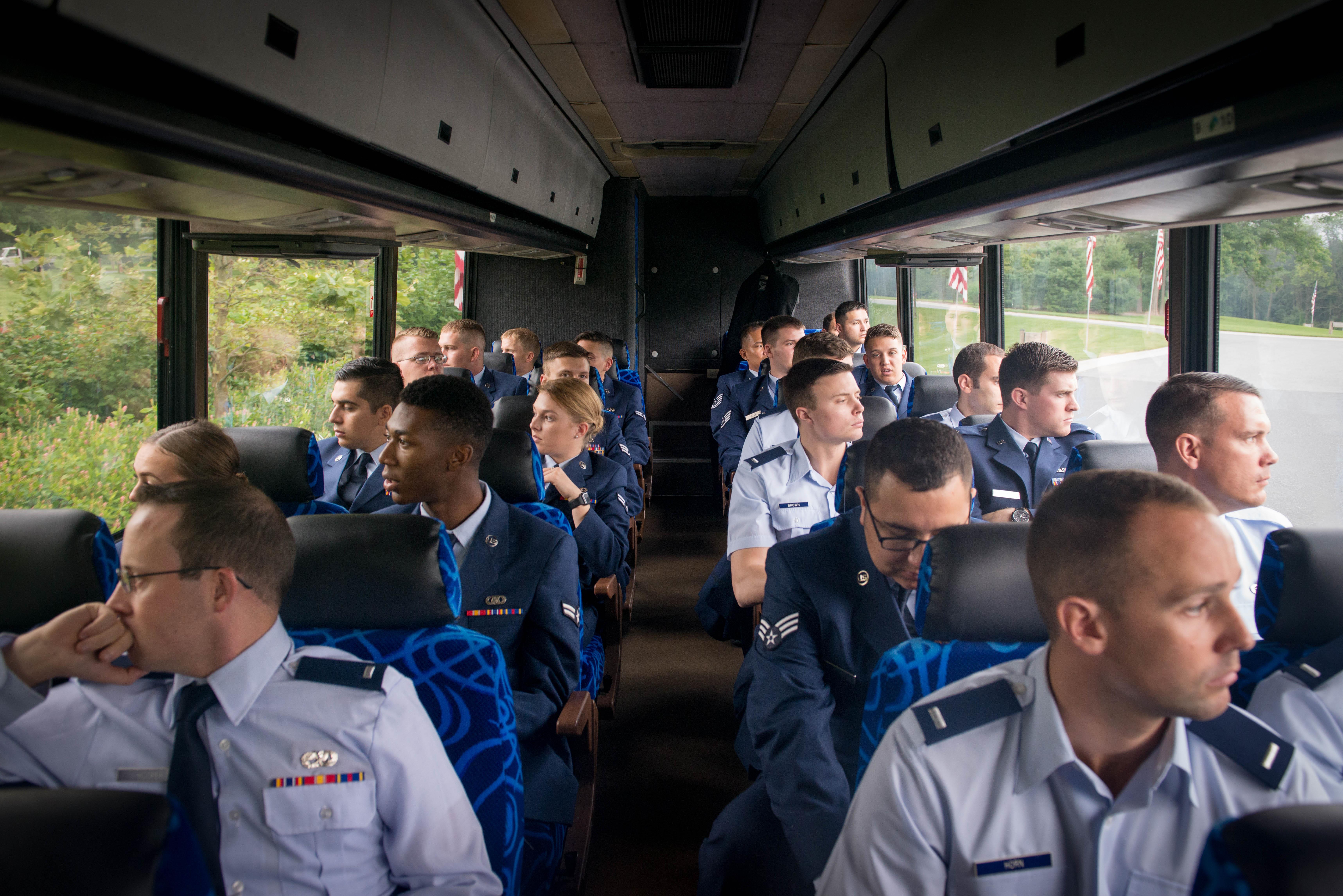 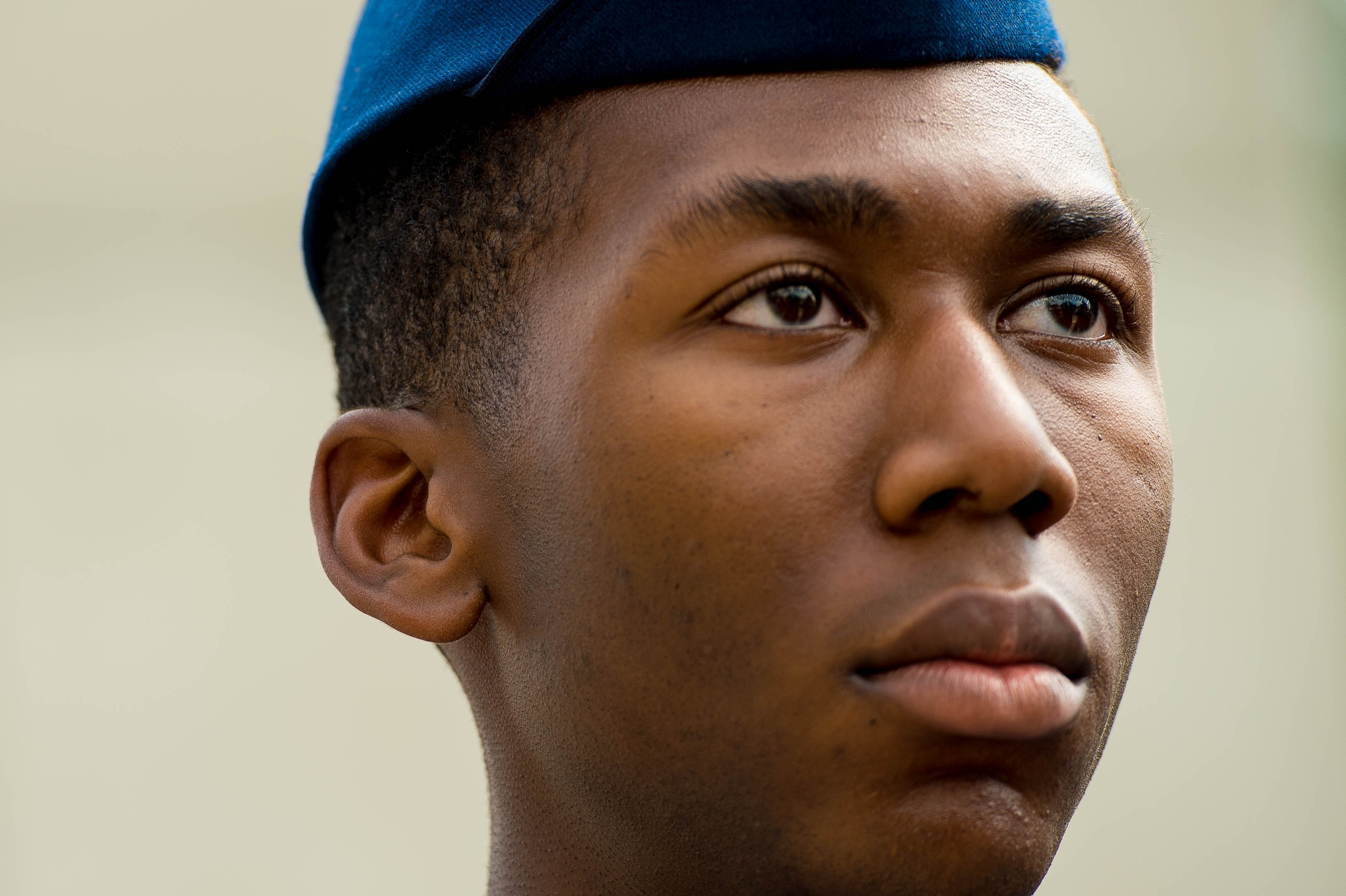 “It’s important to keep Lieutenant Carlson’s legacy alive and say his name,” Lee said. “And to be there for his family to show them that this is how the Air Force takes care of their own.”

The Army investigates a Green Beret's fatal parachute accident. New squad weapons are on their way to replace the SAW and M4. A Marine commander is fired in the aftermath of the sinking of an AAV, and the British Royal Navy shows how it might use jetpacks to quickly board ships at sea. All that and more on The Briefing for 10.22.20.
Close
Now Playing

The end of tanks? A midair collision and napping for lethality — The Briefing 10.8.20