By Mitch Stacy, The Associated Press

The journey from the flak-ridden skies over occupied France and Germany to restoration and display in the Ohio museum has been long for one of the most celebrated American planes to survive the war. 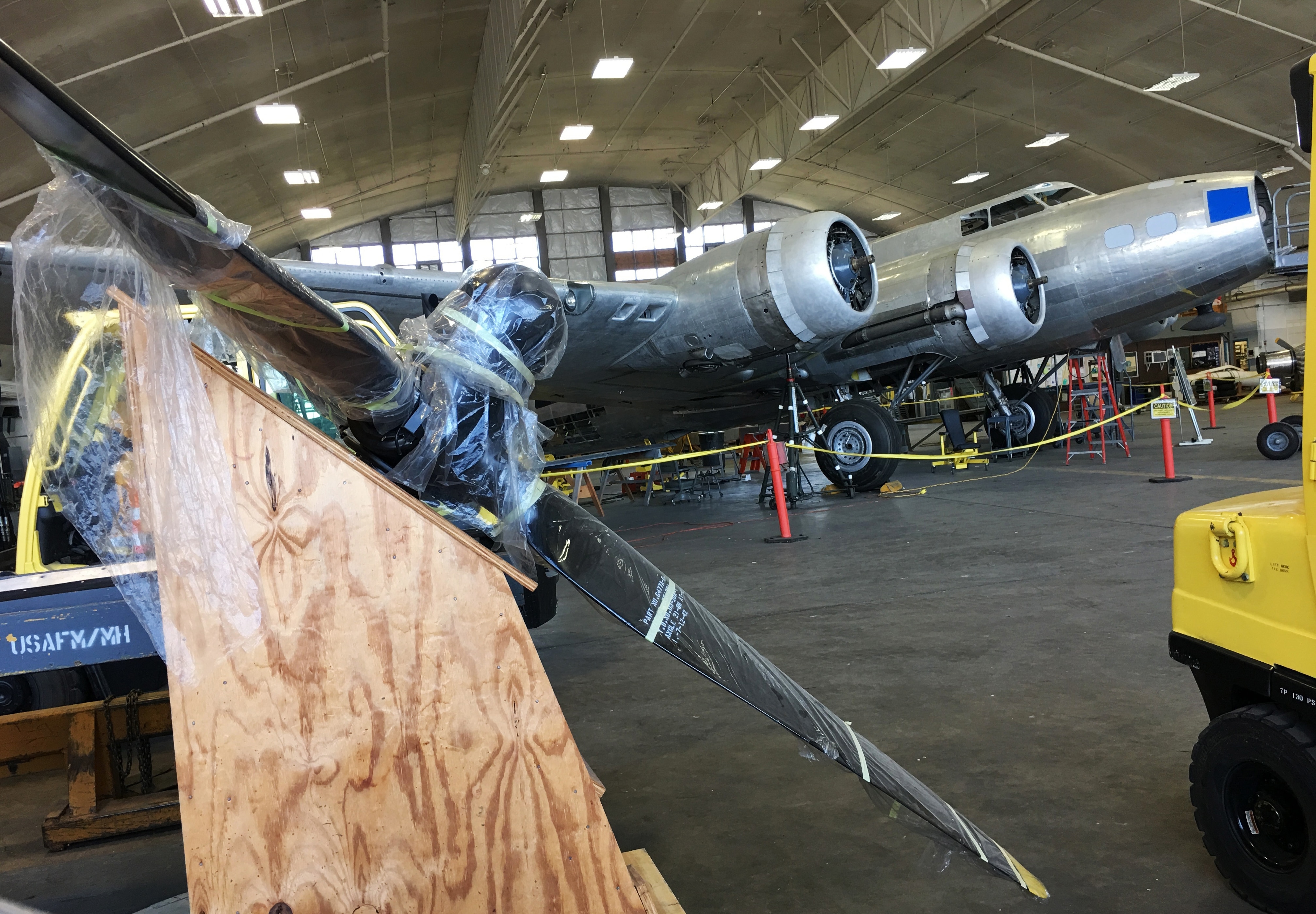 In this May 23, 2017 photo, a new propeller waits to be installed on the restored World War II B-17 bomber known as the Memphis Belle near Dayton, Ohio.
Photo Credit: Mitch Stacy/AP

The B-17F "Flying Fortress," feted as one of the first to make it through the required 25 bombing missions, arrived at the museum at Wright-Patterson Air Force Base in pieces a dozen years ago. It was in rough shape, having been on display outside for decades in its namesake city where it deteriorated from weather and vandalism.

Restoration work by an army of volunteers has continued for years, delayed by a major expansion at the sprawling museum near Dayton and other restoration projects vying for attention. An unveiling of the restored warbird now is scheduled for May 17, 2018 — the 75th anniversary of the crew's 25th and final mission. The Memphis Belle will be displayed as the centerpiece of an exhibit on the strategic bombing campaign that broke the back of Germany's wartime production. 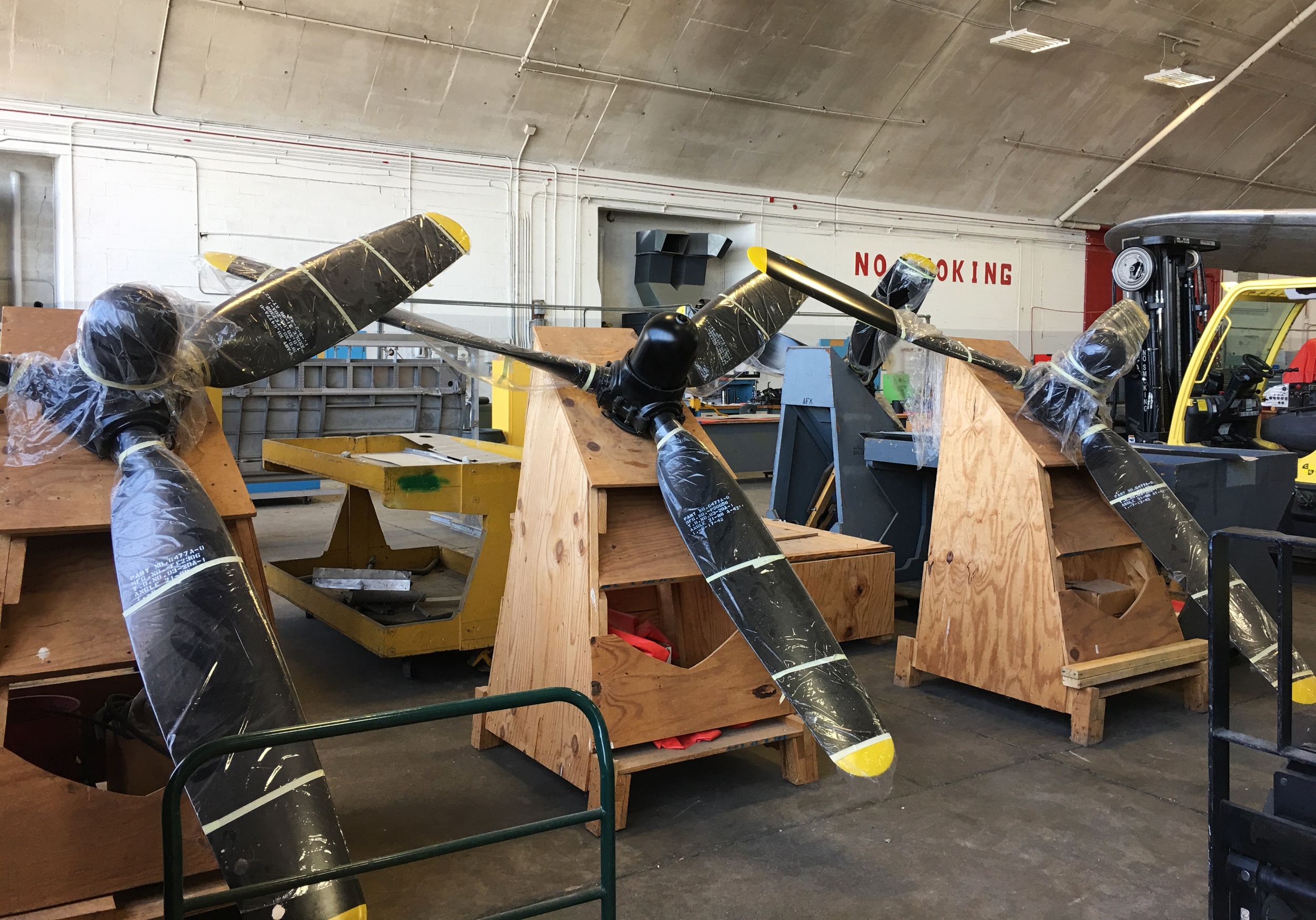 n this May 23, 2017 photo, at the National Museum of the U.S. Air Force, new propellers wait to be installed as part of the restoration of the World War II B-17 bomber known as the Memphis Belle near Dayton, Ohio.
Photo Credit: Mitch Stacy/AP
"This is an American icon," said Jeff Duford, curator of the Memphis Belle exhibit. "It's like the flag that flew at Iwo Jima or the USS Arizona. This is one of those things that's truly legendary and represents America and our spirit."

Since B-17 parts are no longer manufactured, volunteers have worked long, painstaking hours fabricating them from scratch and reassembling the plane inside a cavernous restoration hangar at the museum. The wing tips just went on, but the fuselage skin is still being riveted on. And it's still missing the plastic nose cone, tail section and an authentic paint job.

Greg Hassler, who is supervising the restoration, knows the clock is now ticking.

"We will have it done," Hassler vowed. "The airplane will look like it did on its 25th mission on 17 May of next year." 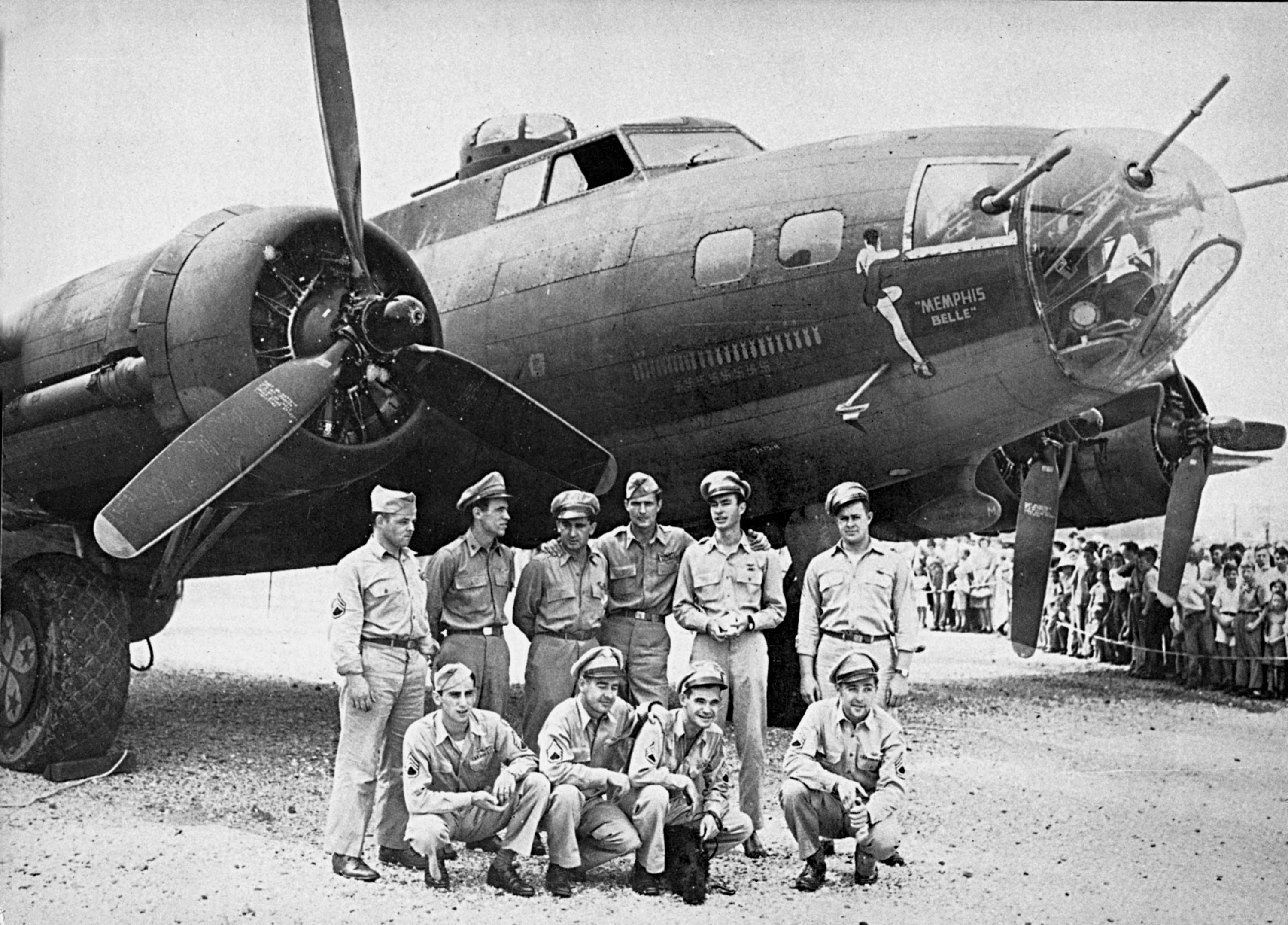 Before heading for Europe, Morgan flew the bomber to Memphis, where Polk christened it with a bottle of champagne amid much fanfare.

The Memphis Belle, with the leggy Esquire magazine pinup girl painted on the nose, survived six months of punishing air combat in 1942-43 during missions to bomb factories and submarine pens. In doing so, the airplane and its crew beat the odds in a big way. Two out of three young men — their average age was 20 — who flew on those B-17 missions from airfields in England did not survive the war. One out of every 18 planes was lost to combat.

Because the plane's crew members sometimes flew in other planes, they actually completed their requisite 25th mission two days before the Belle, which flew its 25th on May 19, 1943, making it one of the first B-17s to do so.

After being honored by the Army brass and the king and queen of England, most of the original crew and plane were reunited for a highly publicized tour of the U.S. to help sell war bonds in the summer of 1943, including a stop at the same Ohio Air Force base where it will now reside permanently.

A 1944 William Wyler documentary added to the lore of the Belle, while younger generations were introduced to it in a 1990 hit movie that was a fictionalized account of the final mission.

Despite the Memphis Belle's installation at the Air Force museum, the legislature in Tennessee earlier this year designated it as that state's official airplane.