Yokota Air Base in Japan on Thursday kicked off the construction of a new apron for its existing airfield with a groundbreaking ceremony, combining customs from both the Air Force and traditional Japanese culture.

“The project will ensure the 21st has the permanent capability needed to effectively execute long-range infiltration and exfiltration missions, and provide disaster relief support in the event of crisis or contingency,” squadron commander Lt. Col. Jason Hock said in the release. “Forward-basing the CV-22 at Yokota provides an increased level of security, disaster preparedness and emergency airlift capability during crisis situations that will allow U.S. forces to support the defense of Japan and the region.”

The Army Corps of Engineers awarded Nippo the $63 million contract to expand the airfield in August. Construction is expected to be completed in 2022.

On the ground at Yokota Air Base, the Air Force transport hub of the Pacific

In the west of the sprawling metropolis that is Tokyo lies Yokota Air Base, a major air transportation hub in the U.S. military’s Indo-Pacific Command’s area of responsibility and a critical waypoint for cargo, passengers and VIPs.

The groundbreaking included a prayer recital by a Shinto priest, to purify the site and wish safety on the construction crew, Yokota said. It also included offerings and prayers from the project partners and a sacred sake rite, the release said. 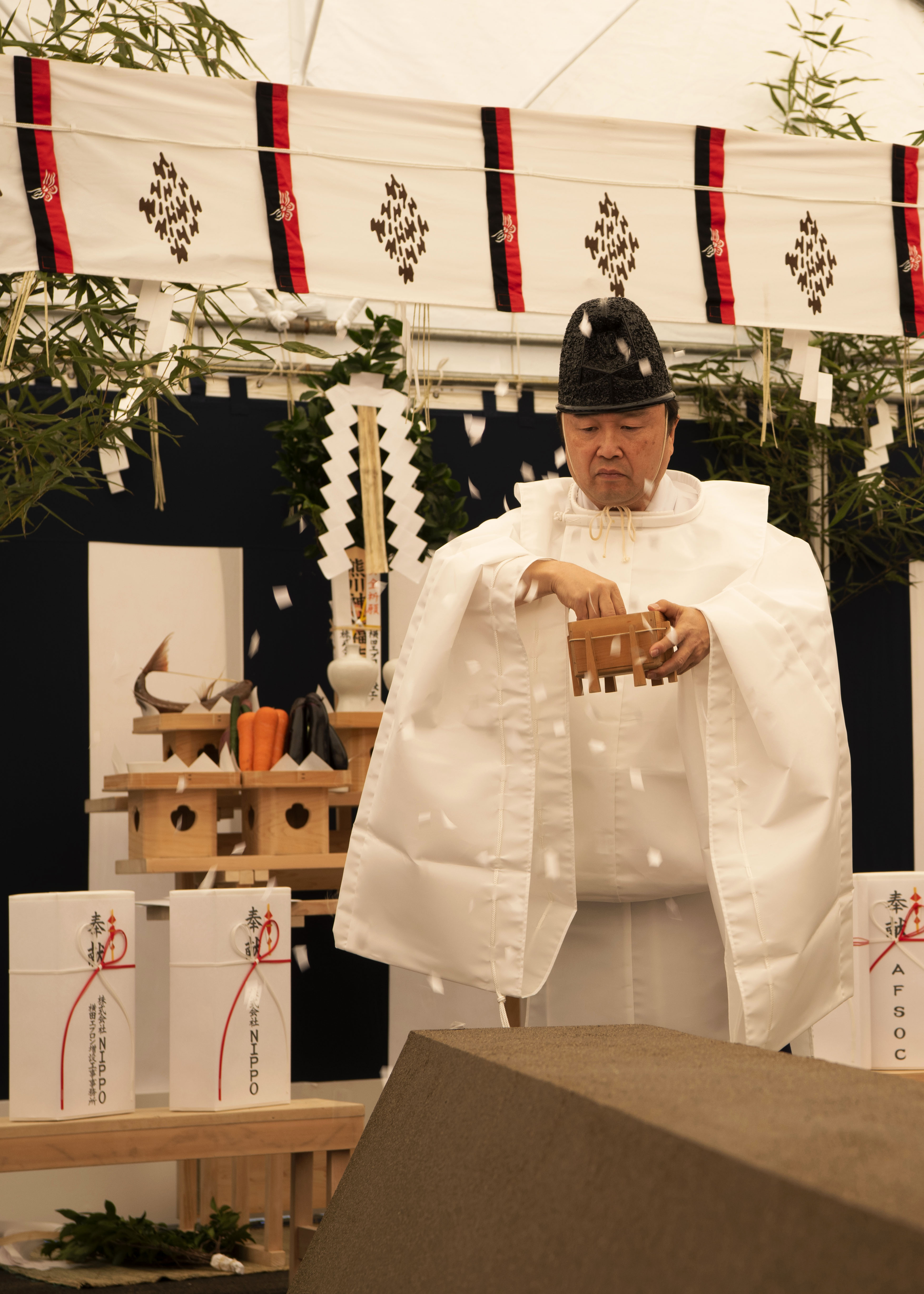 A Shinto priest performs a prayer recital to purify the land during the Air Force Special Operations Command airfield apron ground breaking ceremony held at Yokota Air Base, Japan, Dec. 5, 2019. The prayers and offerings are part of a traditional Shinto tradition to purify the site and wish safety on the construction crew. (Staff Sgt. Taylor Workman/Air Force)
2 of 3 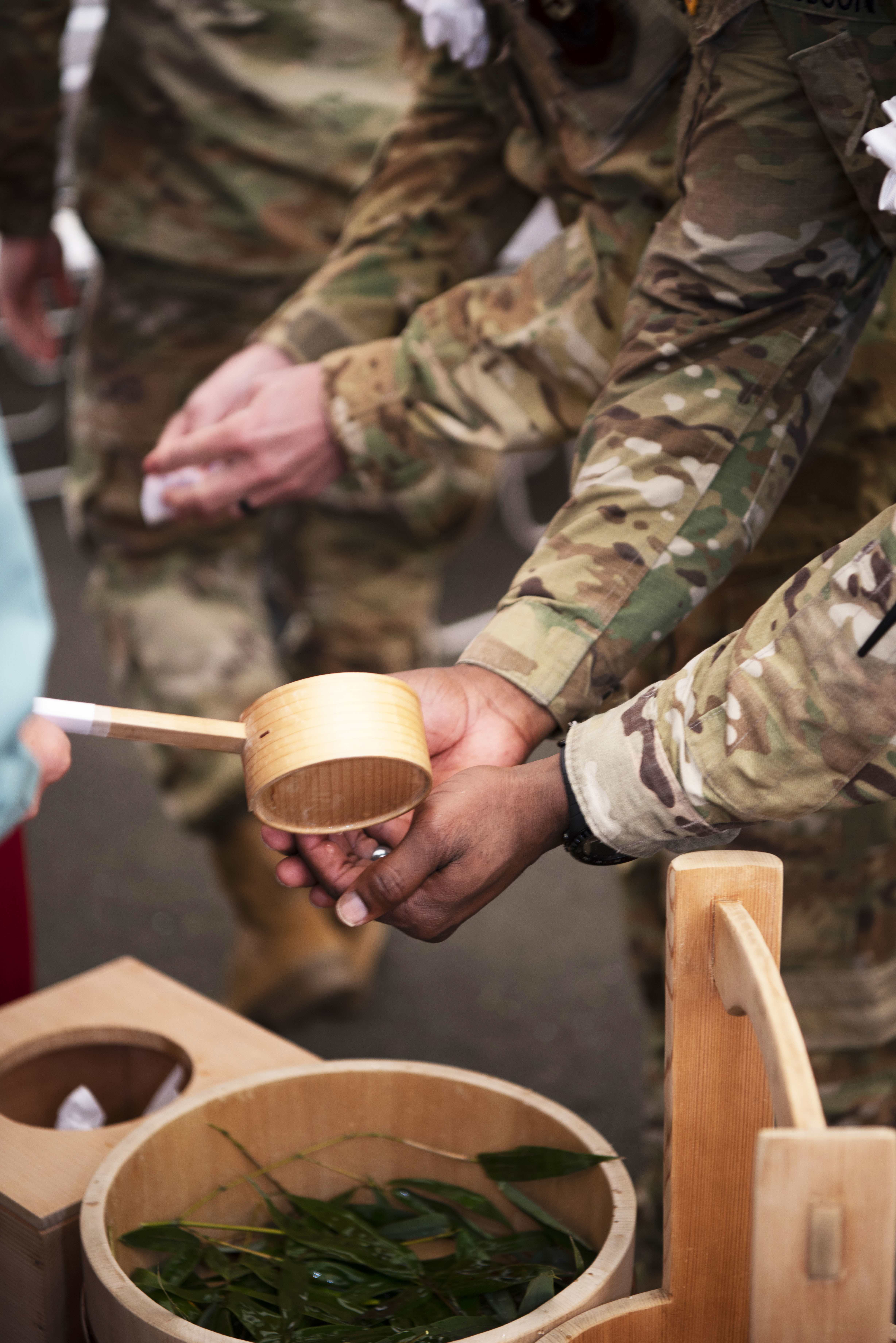 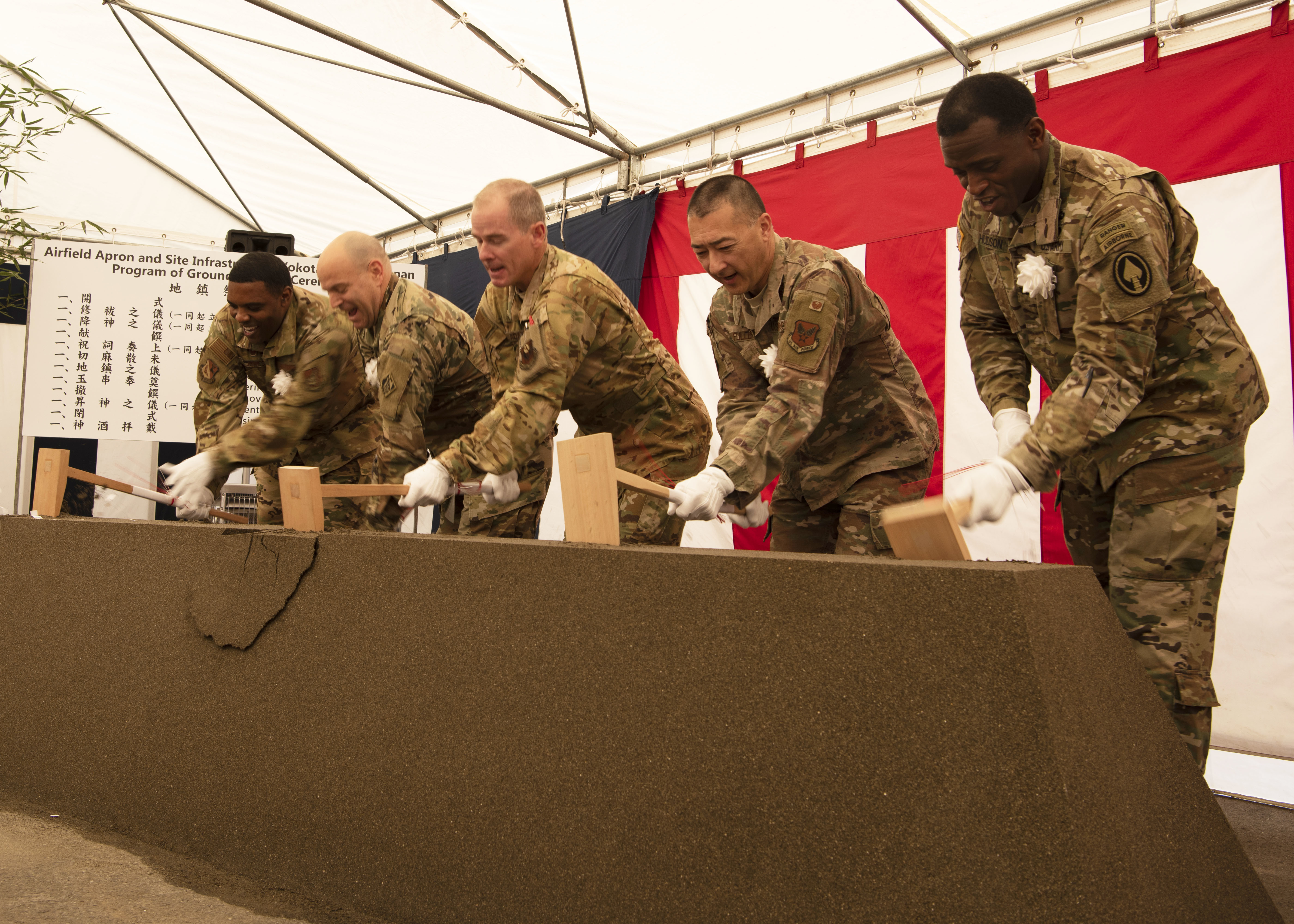 Air Force and Army partners overseeing the construction of the Air Force Special Operations Command airfield apron break ground at a ceremony held at Yokota Air Base, Japan, Dec. 5, 2019. The AFSOC complex will provide the 21st Special Operations Squadron a permanent home for the CV-22 Osprey as a new apron is added to the existing airfield pavements as well as new utility and communication infrastructure. (Staff Sgt. Taylor Workman)

Because the groundbreaking site was a sacred space, the release said, airmen and other attendees washed their hands before entering in accordance with Shinto traditions.

“I am proud that our team here at Yokota is able to accommodate such an important project for our mission partners," Jones said. “We look forward to seeing this lead to increased capabilities for our Air Force and an opportunity to strengthen our relations with our community and mission partners.”

Army Capt. Florent Groberg, Medal of Honor recipient for charging a suicide bomber in Afghanistan, says many of the greatest lessons a person can learn are gained by simply talking to someone about a problem or an issue.
Close
Now Playing