In July, OTS Class 19-07 began with 800 officer trainees at Maxwell Air Force Base in Alabama. Five weeks later, 149 of those new officers finished the program through an “off-ramp” designed for non-line officers in particular specialties.

The remaining 651 line officers in the class celebrated their achievement and became second lieutenants in a graduation parade last week, which included a flyover by the Thunderbirds aerial demonstration team.

Air University’s Officer Training School in Alabama is bracing for the largest influx of officer trainees in its history.

“With your training complete, your Air Force career can officially begin,” Lt. Gen. Anthony Cotton, commander and president of Air University, said during the ceremony. “Your instructors have given you the tools you’ll need to lead in our Air Force and secure our future.” 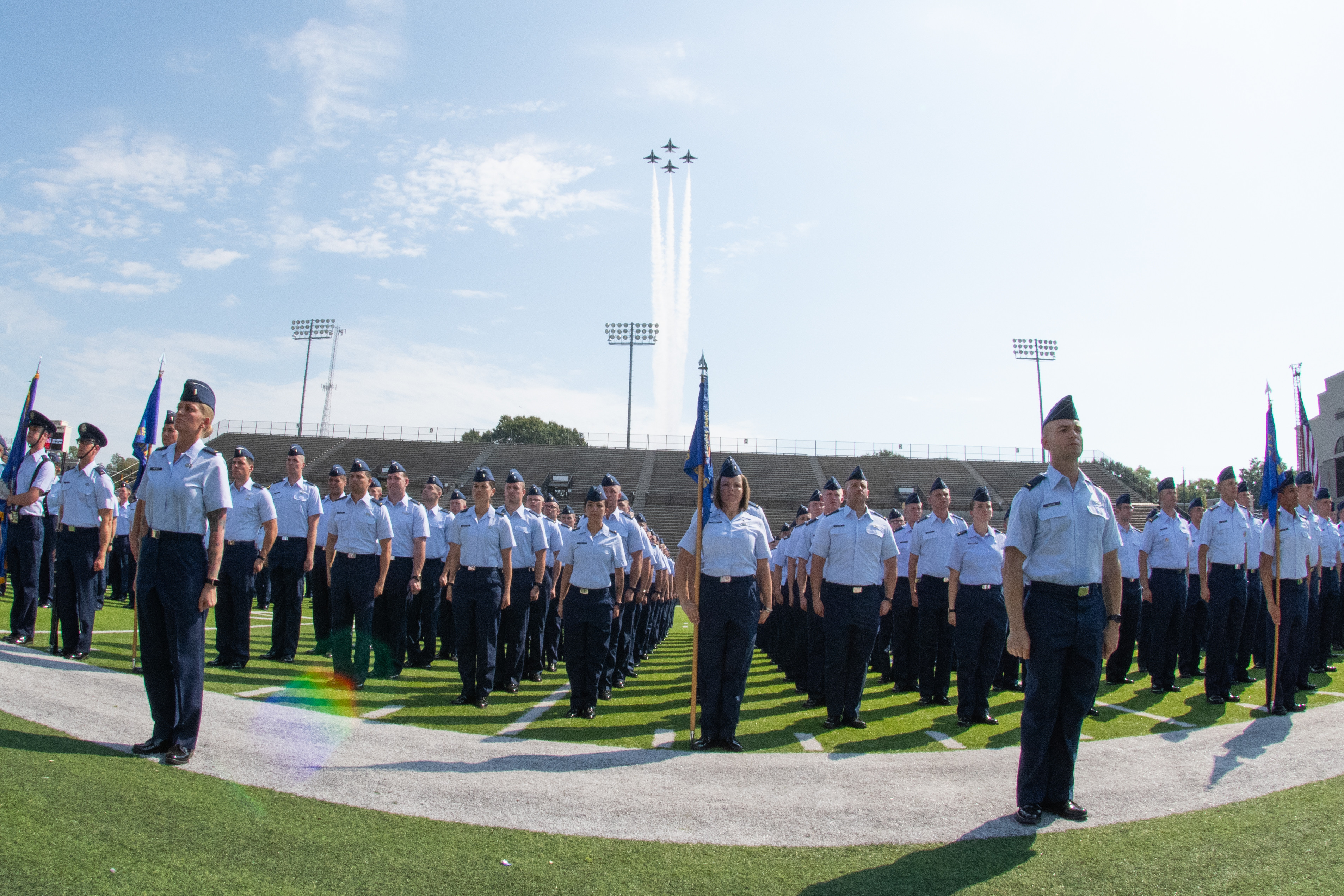 The U.S. Air Force Thunderbirds perform a fly-over during the Officer Training School parade and graduation of class 19-07 Sept. 27, 2019, Montgomery, Alabama. Due to the sheer size of class 19-07, this was the first appearance the U.S. Air Force Thunderbirds have made at an Officer Training School graduation. (Airman 1st Class Charles Welty/Air Force)
2 of 6 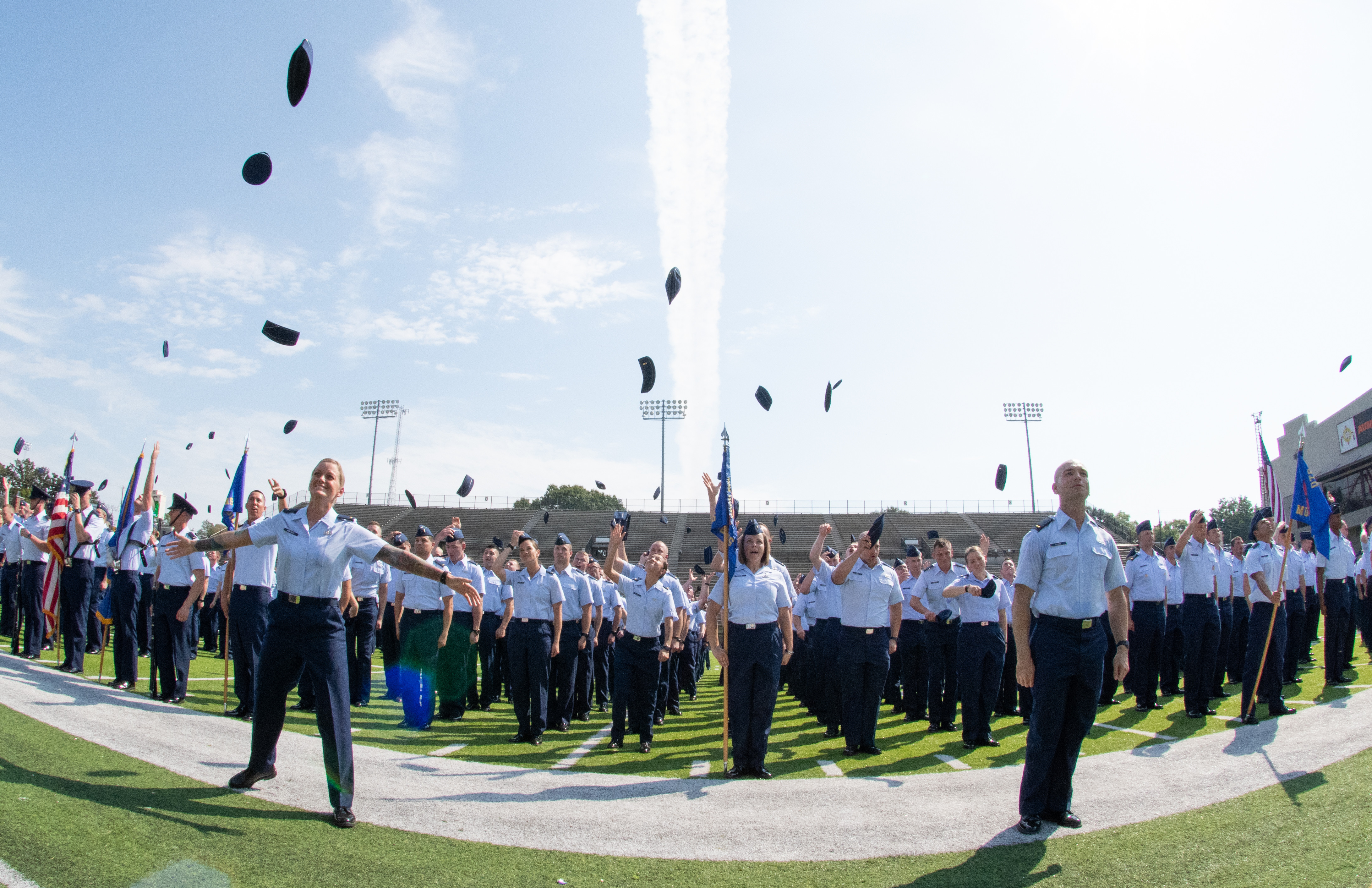 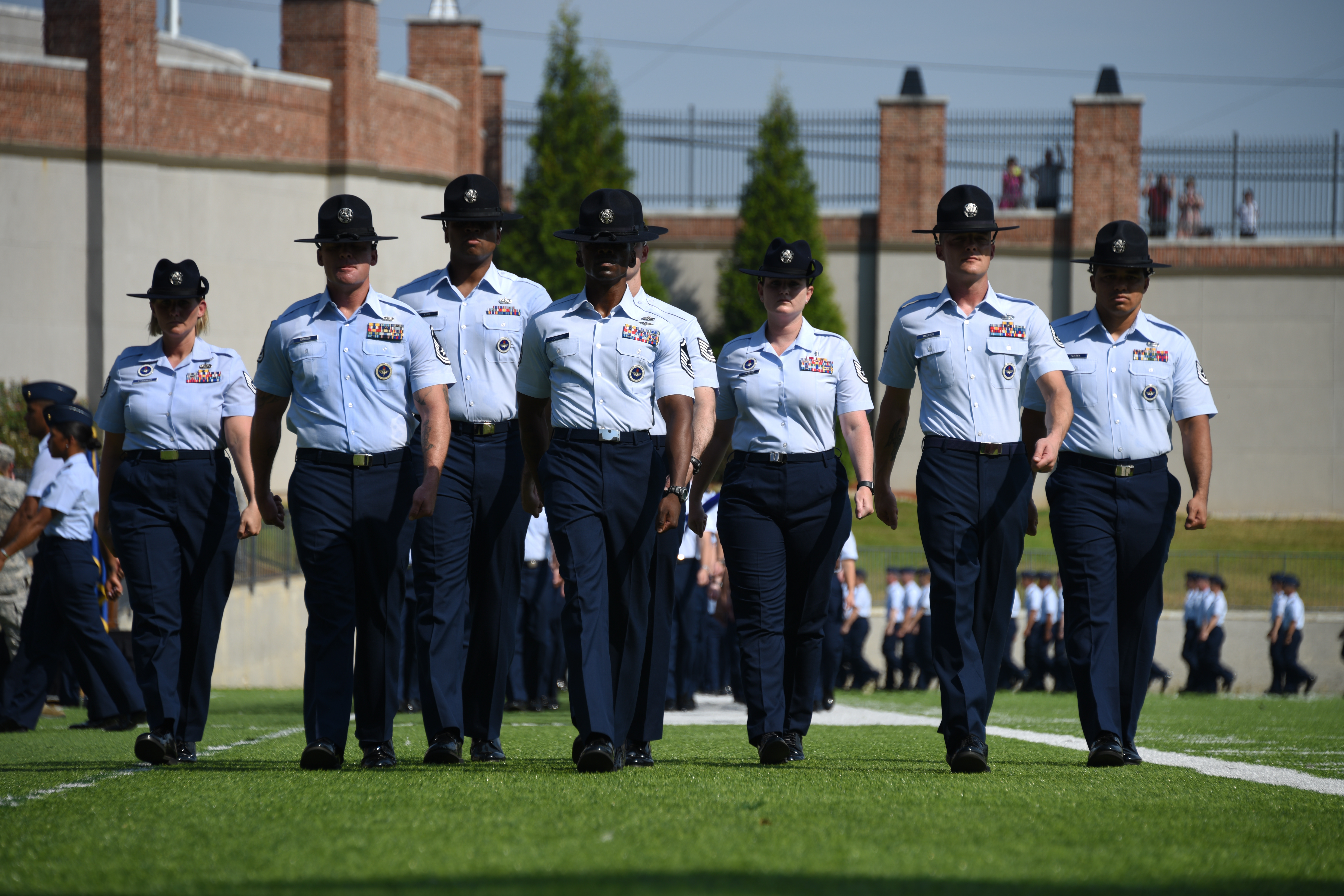 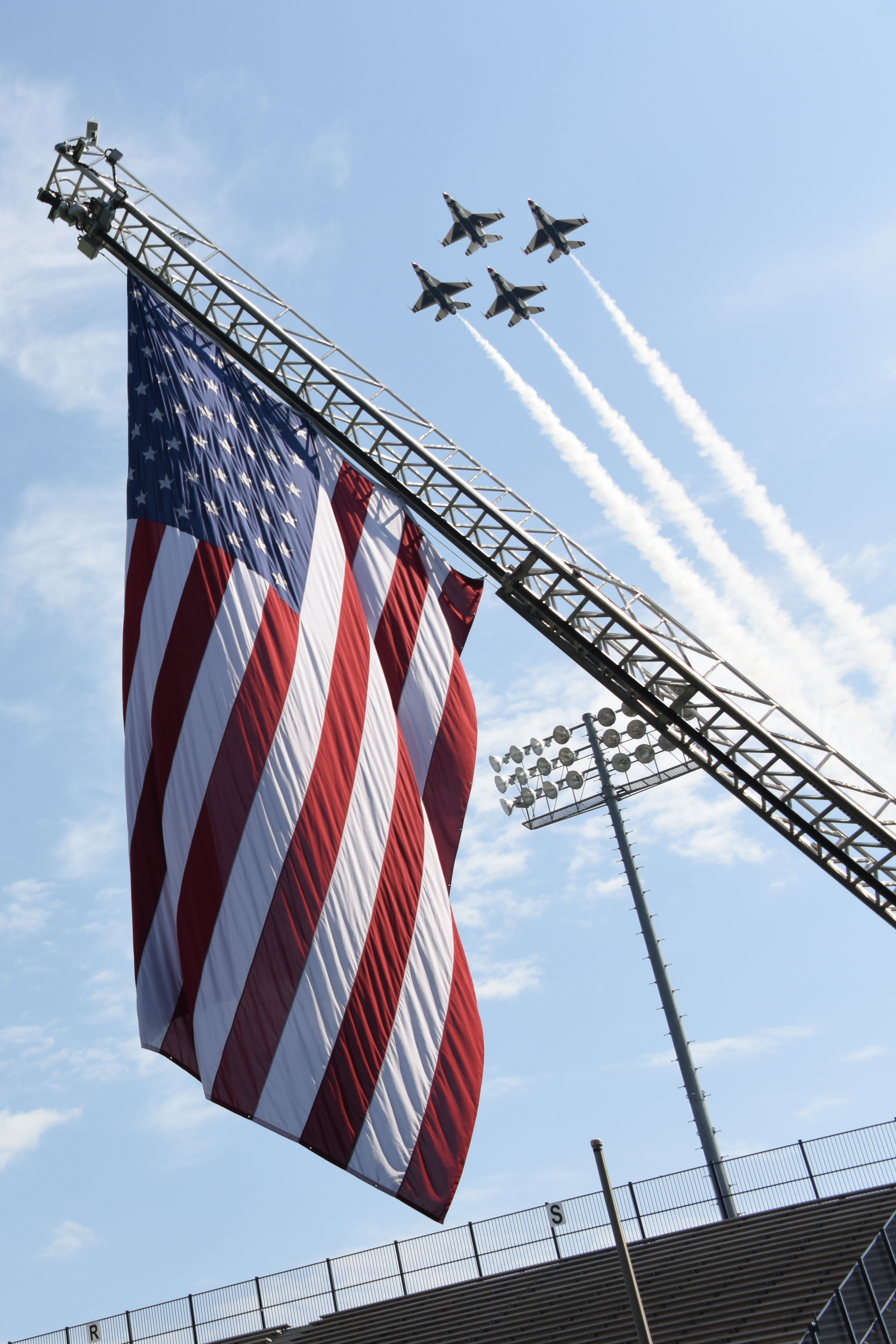 The U.S. Air Force Thunderbirds perform a fly-over of the Cramton Bowl stadium during the Officer Training School parade and graduation of "Godzilla" class 19-07 Sept. 27, 2019, Montgomery, Alabama. Due to the sheer size of class 19-07, this was the first appearance the U.S. Air Force Thunderbirds have made at an Officer Training School graduation. (Staff Sgt. Quay Drawdy/Air Force)

This class was well over twice the size of the previous record-holding class, which was held last March and had 340 officer trainees.

It was so large the parade had to occur at the Cramton Bowl football stadium in downtown Montgomery to accommodate all the graduates, their families and friends. The Thunderbirds appearance was their first at an OTS graduation, due to the class’s size.

Air Education and Training Command said in a release that the trainees learned leadership skills during OTS, while spending time in classrooms, obstacle courses and firing ranges. The new graduates will now move on to their next assignments.

The Air Force said this summer that it needed such a huge class to meet its demand for new officers. OTS works with the Air Force manpower directorate and Air Force Recruiting Service to meet any projected shortfalls in the number of commissioned officers from the service’s other commissioning sources, Air Force ROTC and the Air Force Academy. This put OTS at maximum capacity.

A Navy family living off base in Virginia Beach narrowly escaped injury when their house was struck by bullets from a drive-by shooting that left with 17 bullet holes in the wall just feet from where their 8-month-old daughter lay sleeping.
Close
Now Playing