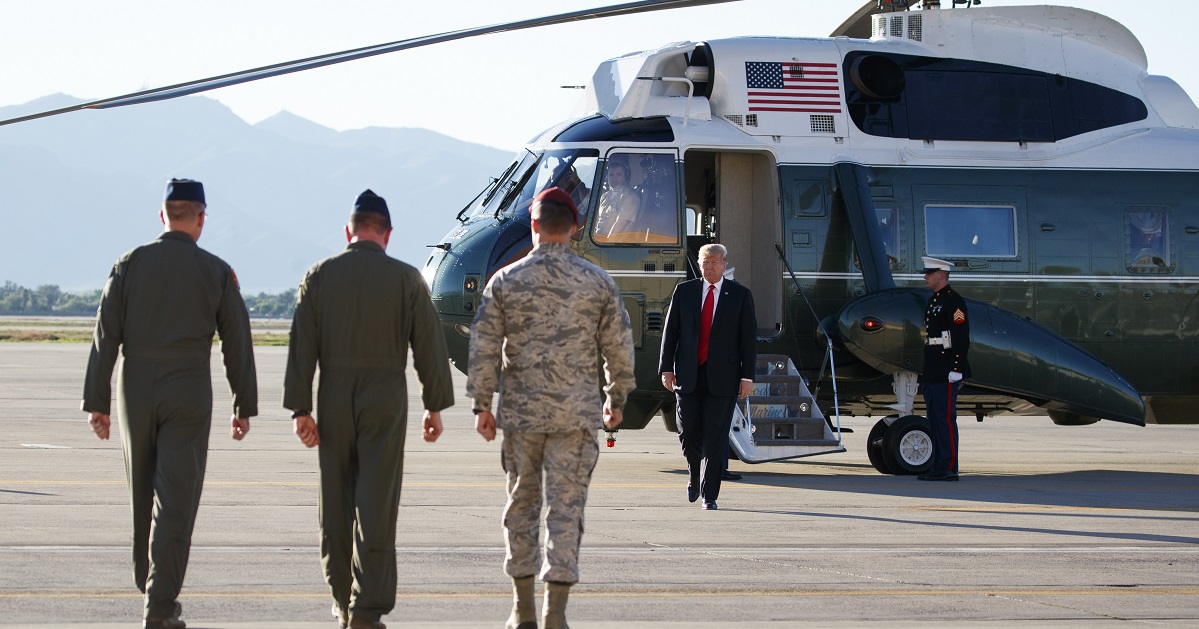 President Donald Trump walks from Marine One as he arrives at Luke Air Force Base, Ariz., Friday for a Defense Capability Tour. (Carolyn Kaster/AP)
2 of 9 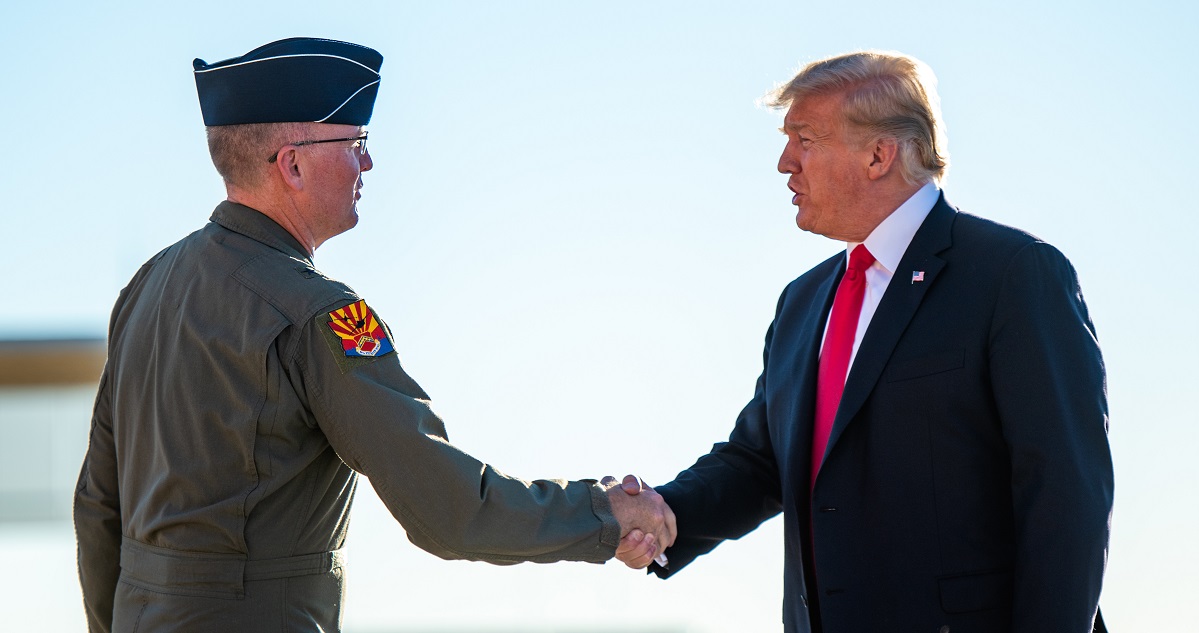 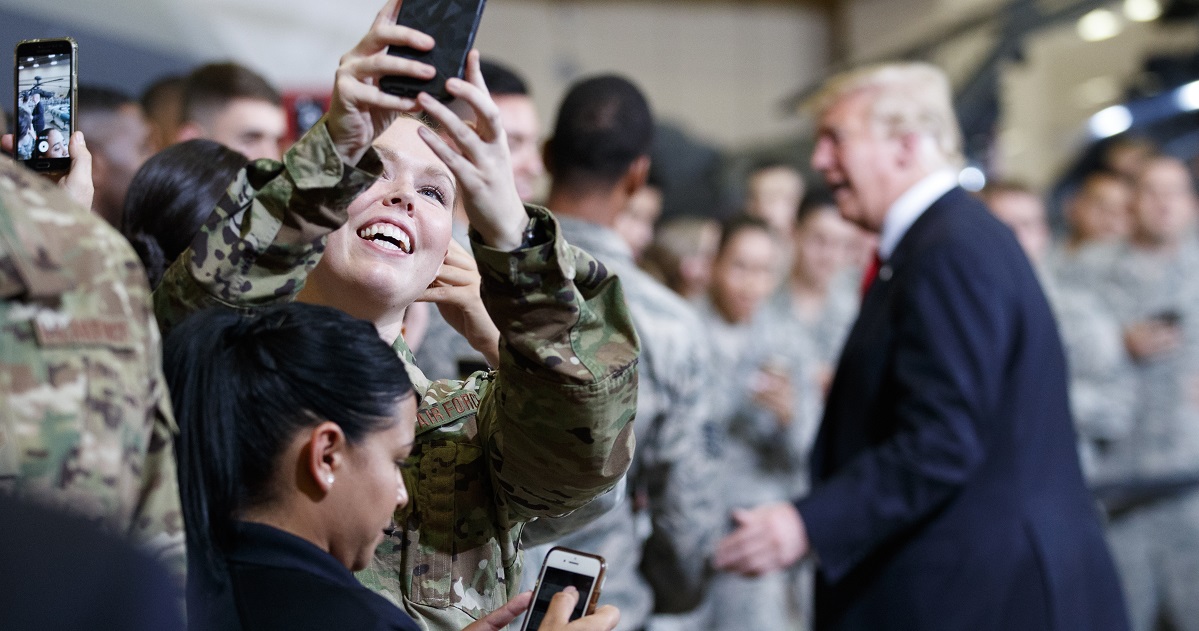 A member of the military takes a selfie with President Trump at Luke Air Force Base. (Carolyn Kaster/AP)
4 of 9 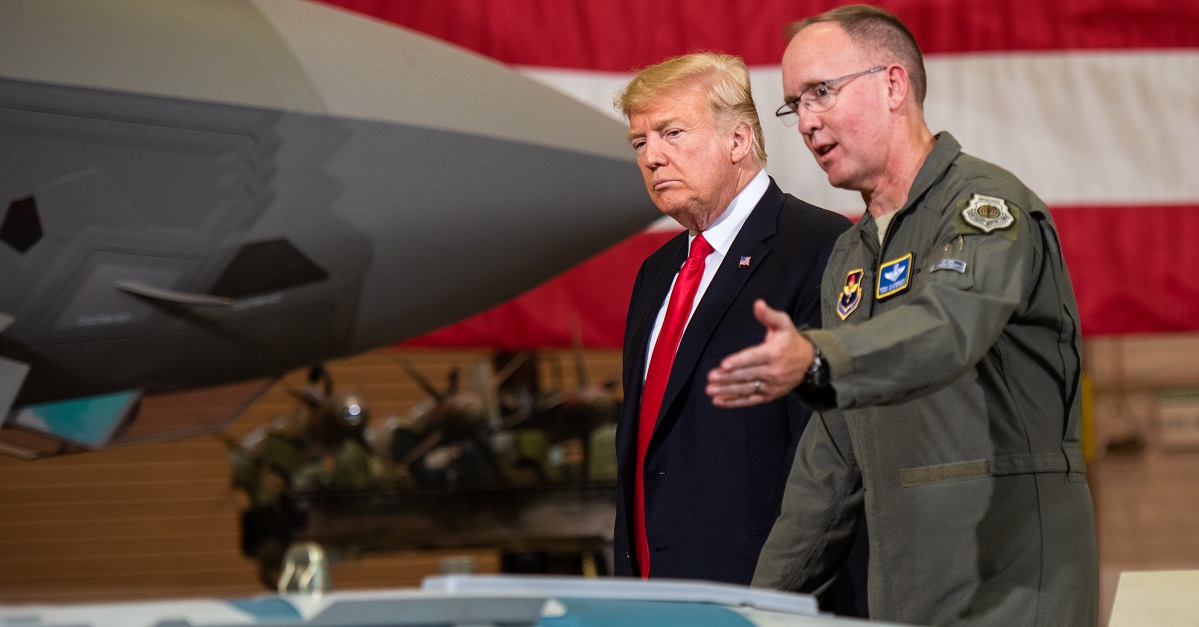 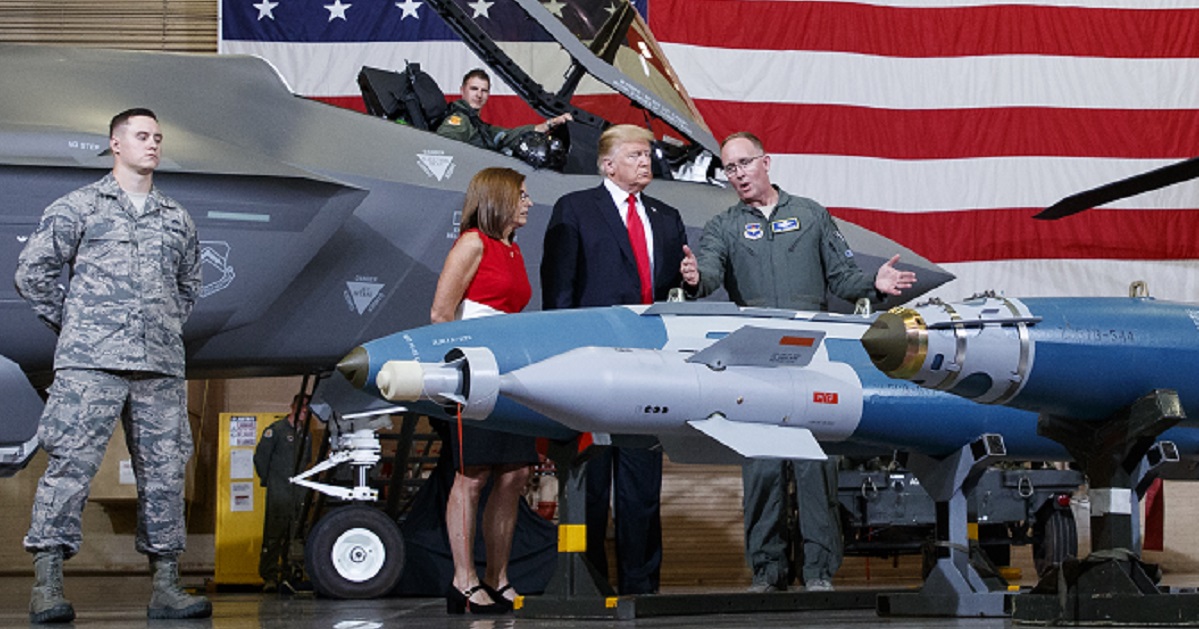 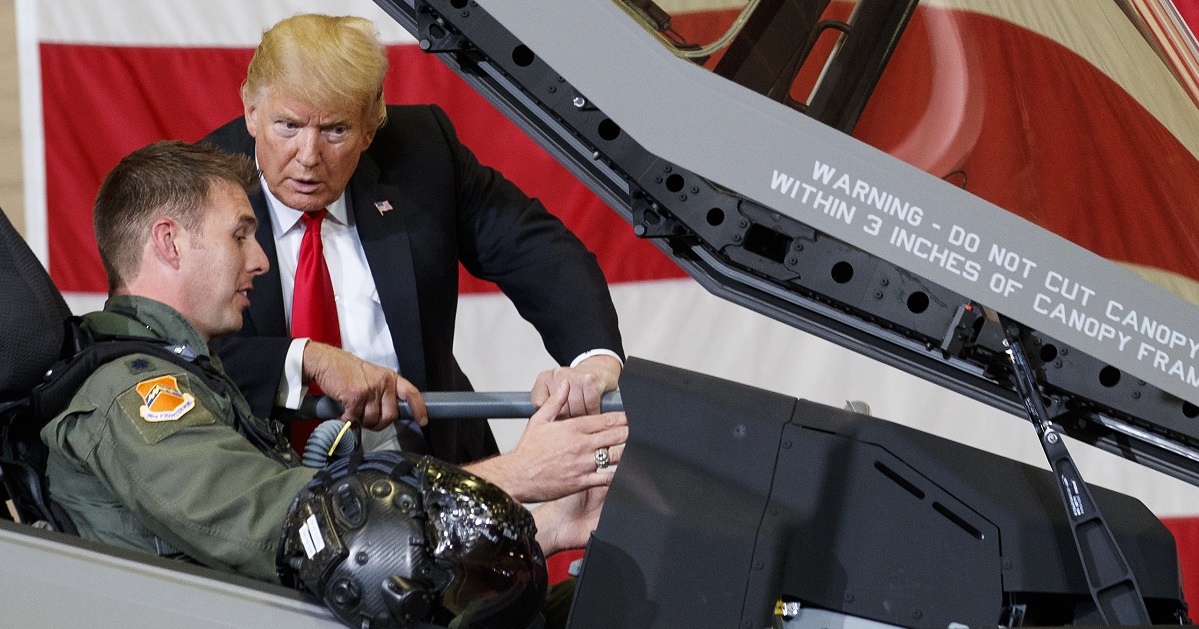 President Donald Trump talks to a pilot in the cockpit of an F-35 aircraft during a Defense Capability Tour at Luke Air Force Base, Ariz., Friday, Oct. 19, 2018. (AP Photo/Carolyn Kaster)
7 of 9 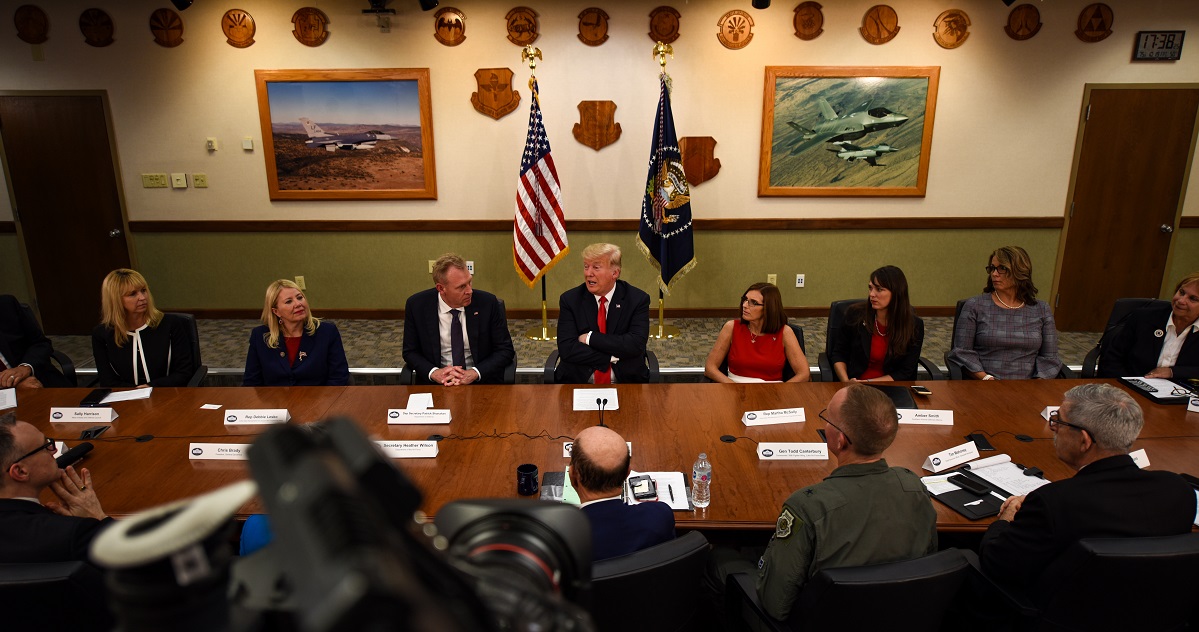 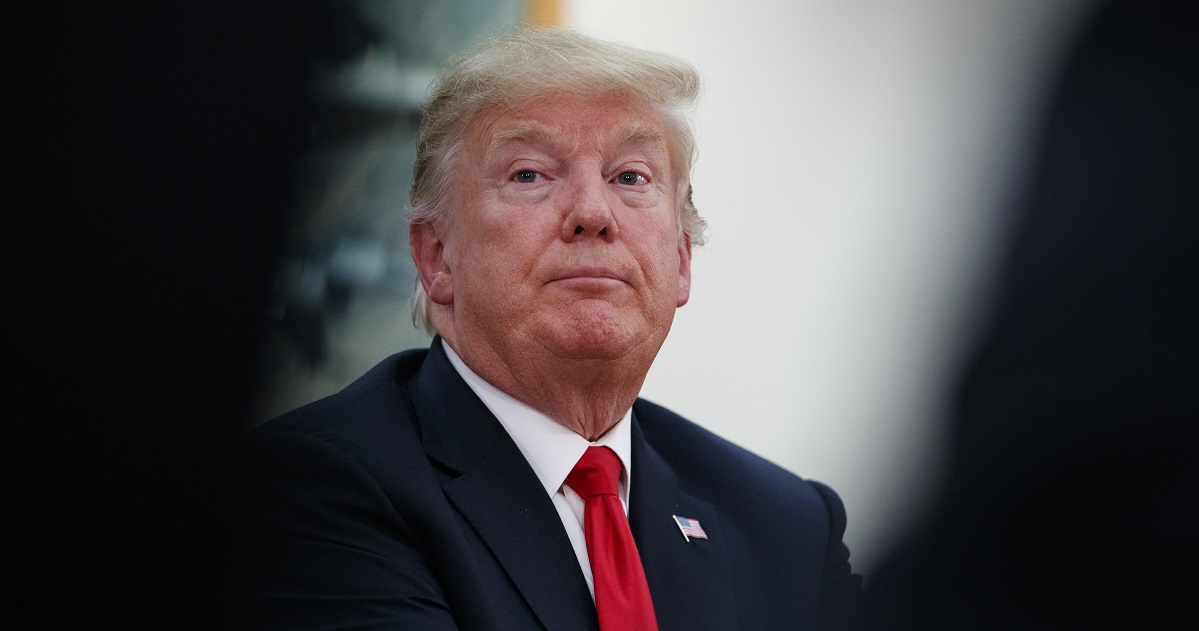 President Donald Trump pauses to listen to a reporter's question during a defense coundtable at Luke Air Force Base Friday. (Carolyn Kaster/AP)
9 of 9 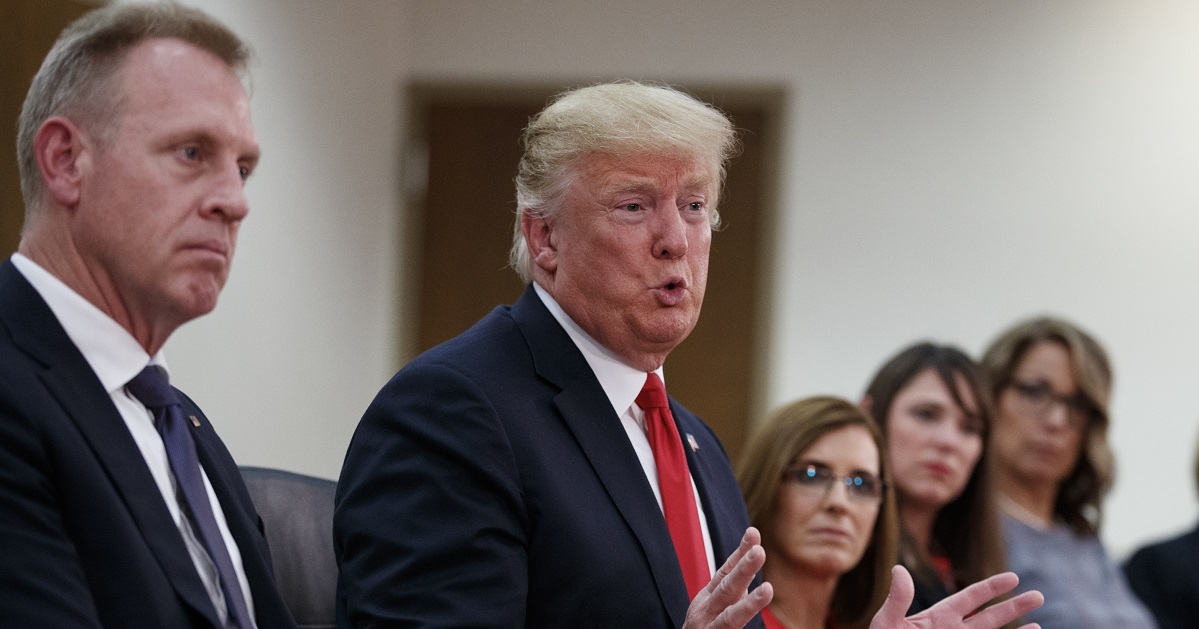 Brig. Gen. Todd Canterbury, 56th Fighter Wing commander, led the president on a tour of static displays of the F-35 and other Air Force equipment, and Trump spent a few minutes talking with a Lightning II pilot.

With their F-35 program in limbo, Turkish pilots begin training in US

Turkish pilots and maintainers have arrived at Luke Air Force Base in Arizona to begin training on their first two F-35 fighter aircraft.

Trump praised the F-35’s capabilities and the progression of its pilot training program, according to an Air Force new release..

“Our mission is simple," Canterbury said, according to the release. "We train the world’s greatest fighter pilots here. Luke Air Force Base is responsible for training about 95 percent of the United States Air Force’s fighter pilots.”

DC on lockdown, a push for battlefield tech, and how MRE's are made - Defense News Weekly, 1.23.21

An unprecedented National Guard presence marks the crescendo of the security reaction to the Jan. 6 attack on the Capitol, a push for faster development of battlefield tech, and a look at the science behind how MRE's are created to sustain troops in all kinds of situations. That and more on this edition of Defense News Weekly for Jan. 23, 2021.
Close
Now Playing

How an MRE is Born: Part 2 - Nutrition | Observation Post

Interviews: National Guardsmen in US capital for inauguration