After 10-year search, remains of F-16 pilot killed in Iraq are home

The final remains of Maj. Troy Gilbert, an F-16C pilot who was killed while conducting a close-air support mission northwest of Baghdad in 2006, have been repatriated to the United States, the Air Force said Wednesday.

Gilbert's remains arrived at Dover Air Force Base, Delaware, on Monday. The next day, the Armed Forces Medical Examiner System there confirmed through dental examinations and DNA testing that the remains were of Gilbert.

The recently recovered remains will be buried at Arlington National Cemetery, where limited remains were previously interred in December 2006 and again in December 2013. The Air Force said all of Gilbert's remains have now been located and repatriated.

Gilbert was killed just outside of Taji, Iraq, Nov. 27, 2006, when his plane crashed while he was strafing insurgents with his 20-mm Gatling gun.

An AH-6 Little Bird helicopter had been shot down, and its crew and the coalition forces trying to reach them were under attack. According to an accident report released in 2007, insurgents in three vehicles went into a building, where they began firing on ground forces.

While Gilbert refueled, his wingman, Capt. Michael Dietrich, dropped a laser-guided 500-pound bomb on the building, the accident report said. The insurgents fled in their vehicles, and Gilbert and Dietrich tracked them, making several low passes to make sure they were following the right vehicles.

Dietrich then left to refuel, and Gilbert made his first low strafing run on the lead pickup truck, which had a gun mounted in the rear bed. His Fighting Falcon's warning systems sounded, alerting him to pull up because he was flying too fast and too low. He pulled out of the dive 200 feet above the ground after hitting the lead truck.

Gilbert made another pass to hit the second armed truck -- the third truck could not be found -- but this time, he started his strafing dive about 600 feet lower than he did during the first dive. He tried to pull the plane out of his dive when the warning alarms sounded, but it was too late. Gilbert is believed to have been killed instantly in the crash. 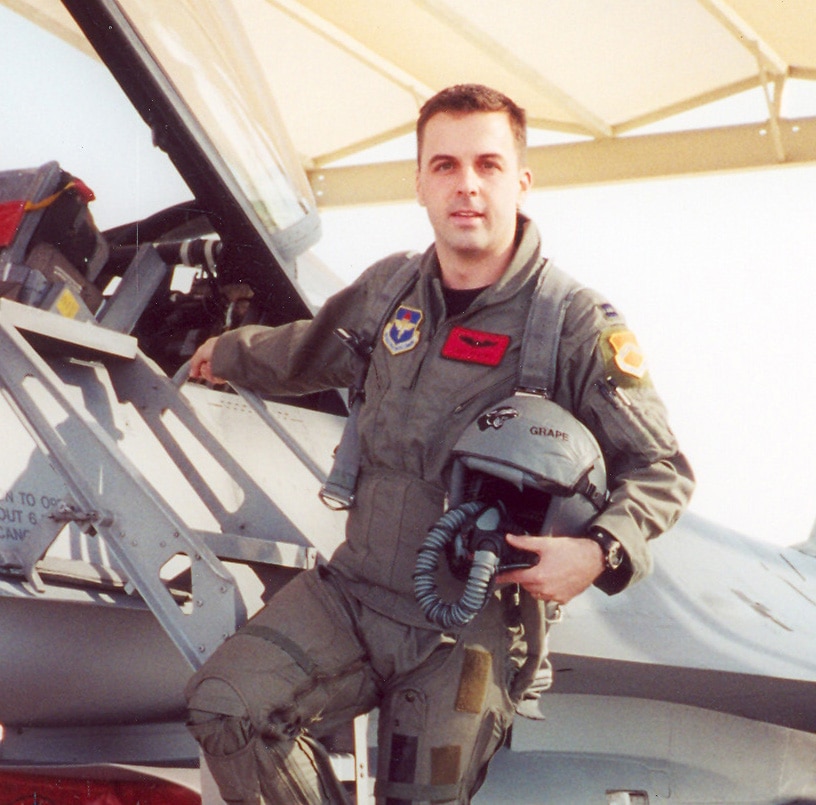 Maj. Troy Gilbert posed for a picture on the ladder of an F-16 at Luke Air Force Base in Arizona. Gilbert was the standardization and evaluation chief for the 332nd Expeditionary Operations Group and was deployed from the 309th Fighter Squadron out of Luke.
Photo Credit: Air Force courtesy of Gilbert family
The Air Force said Gilbert chose to use his gun, and not his bombs, to avoid killing nearby civilians.

Gilbert's body was captured by insurgents, who made a propaganda video of the destroyed airplane and his body. The Air Force unsuccessfully searched for his body afterwards and, in January 2012, told his family they had given up the search due to the withdrawal of U.S. troops from Iraq.

His family objected and successfully pressured former Air Force Secretary Michael Donley to continue searching. In November 2013, Gilbert's family received the news that additional remains had been found, and those remains were interred at Arlington the following month.

Then, on Aug. 28, an Iraqi tribal leader told a U.S. military adviser that his tribe had the remains and flight gear -- including the flight suit, flight jacket and parachute harness -- of a downed U.S. pilot, and produced evidence supporting his claim, according to Air Force officials. A week and a half later, AFMES confirmed Gilbert's identity through DNA testing. The tribal leader then turned over Gilbert's remains to U.S. forces.

"Major Gilbert's motivation to succeed saved the lives of the helicopter crew and other coalition ground forces," then-Brig. Gen. David Goldfein wrote in his accident investigation report, which did not fault him for starting his attack at a lower altitude. Goldfein, who is now a four-star general and Air Force chief of staff, was present at the dignified transfer of his remains, as was Air Force Secretary Deborah Lee James, Chief Master Sergeant of the Air Force James Cody, and Gen. Robin Rand, head of Air Force Global Strike Command.

Rand was Gilbert's friend, and his commanding officer at the 332nd Air Expeditionary Wing at Balad Air Base in Iraq at the time of Gilbert's death. Rand said Gilbert often volunteered at the base hospital or unit chapel at Balad.

"Troy fought like a tiger in battle that day," Rand said. "No doubt, his actions on Nov. 27, 2006, illustrate greatness, but those actions that day aren't what made him great. What made him great was his commitment to adhere in every facet of his life to our three treasured core values of integrity first, service before self, and excellence in all we do."

Gilbert's widow, Ginger Gilbert Ravella, and their five children were at the transfer. She thanked all the service members who helped search for his body over the past decade.

"Attending the dignified transfer at Dover Monday night was the closest we have been to Troy in 10 years," Ravella said. "As our military promised, no one was left behind on the field of battle. Troy is home." 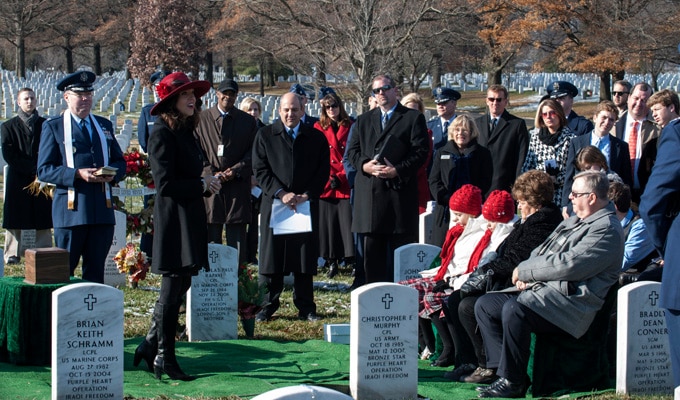 Navy EOD techs believe a “drone strike” targeted an oil tanker that came under attack off the coast of Oman.

How World War II led to the invention of super glue

Though discovered by accident, super glue has become a staple of American households.

Airman killed, 3 others hurt in crash on Keesler Air Force Base

Keesler officials said the wreck occurred Wednesday on the base and involved pedestrians.

The bill reimburses the National Guard for the Capitol security mission and loosens some requirements on visas for Afghans who helped the U.S.

DoD needs to get a handle on quality of life at remote, isolated U.S. bases, report finds

DoD really has no idea who it’s hired to do private security, report finds

The Defense Department doesn't know how many private security contractors it has.

$270 billion VA budget plan moves ahead, with an eye towards completion in early fall

The new fiscal year begins on Oct. 1, a deadline that Congress has rarely met in recent years for their budget bills.

The underground missile silo field in the Xinjiang region is the second one reported this summer.

"You have to decide: what is the right thing to do?" | Dear Young American — Gary Beikirch

The future of security operations in Afghanistan

DoD needs to get a handle on quality of life at remote, isolated U.S. bases, report finds

Airman killed, 3 others hurt in crash on Keesler Air Force Base

Bringing up the rear: The 5 worst bases in the Air Force