Airmen flew two B-52H Stratofortresses on a 12-hour mission Monday from RAF Fairford in England to train with allies bordering the Black Sea.

The training flight, during which the bomber task force trained with allied and partner counterparts from Romania, Ukraine and Georgia, came at a time of heightened tensions. Russia continues to occupy the Crimean Peninsula and parts of eastern Ukraine, and has been forging closer ties with Turkey, especially amid the U.S. withdrawal from northern Syria.

The Air Force on Tuesday posted photographs and videos of aircrews flying the mission, and said in the captions that the exercise was “designed to familiarize aircrew with European airspace and reassure allies in the region.” 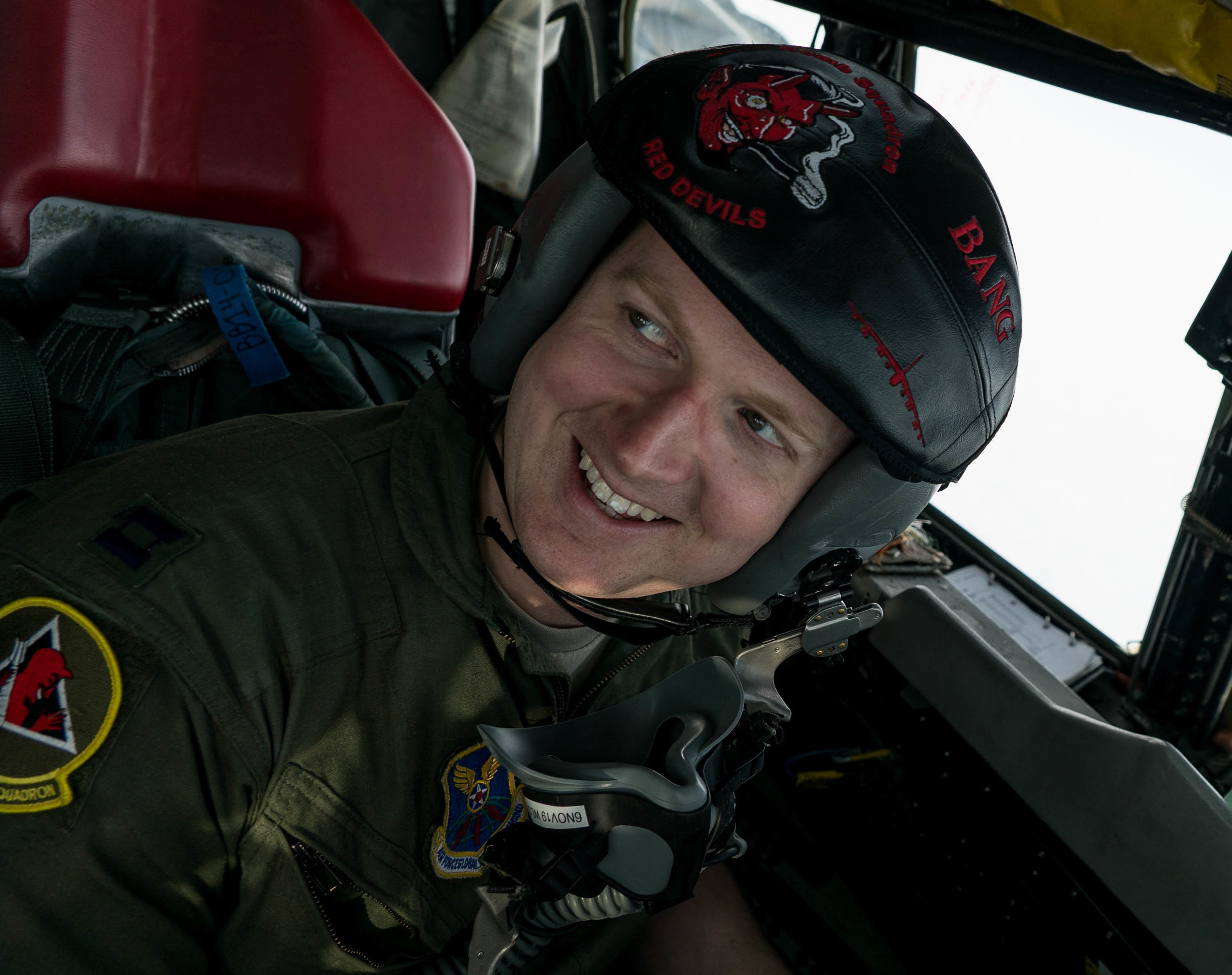 Capt. "Bang" of the 96th Bomber Squadron out of Barksdale Air Force Base, La., laughs at a joke from his co-pilot on a B-52H Stratofortress during a training mission near the Black Sea Monday. (Staff Sgt. James Cason/Air Force)
2 of 7 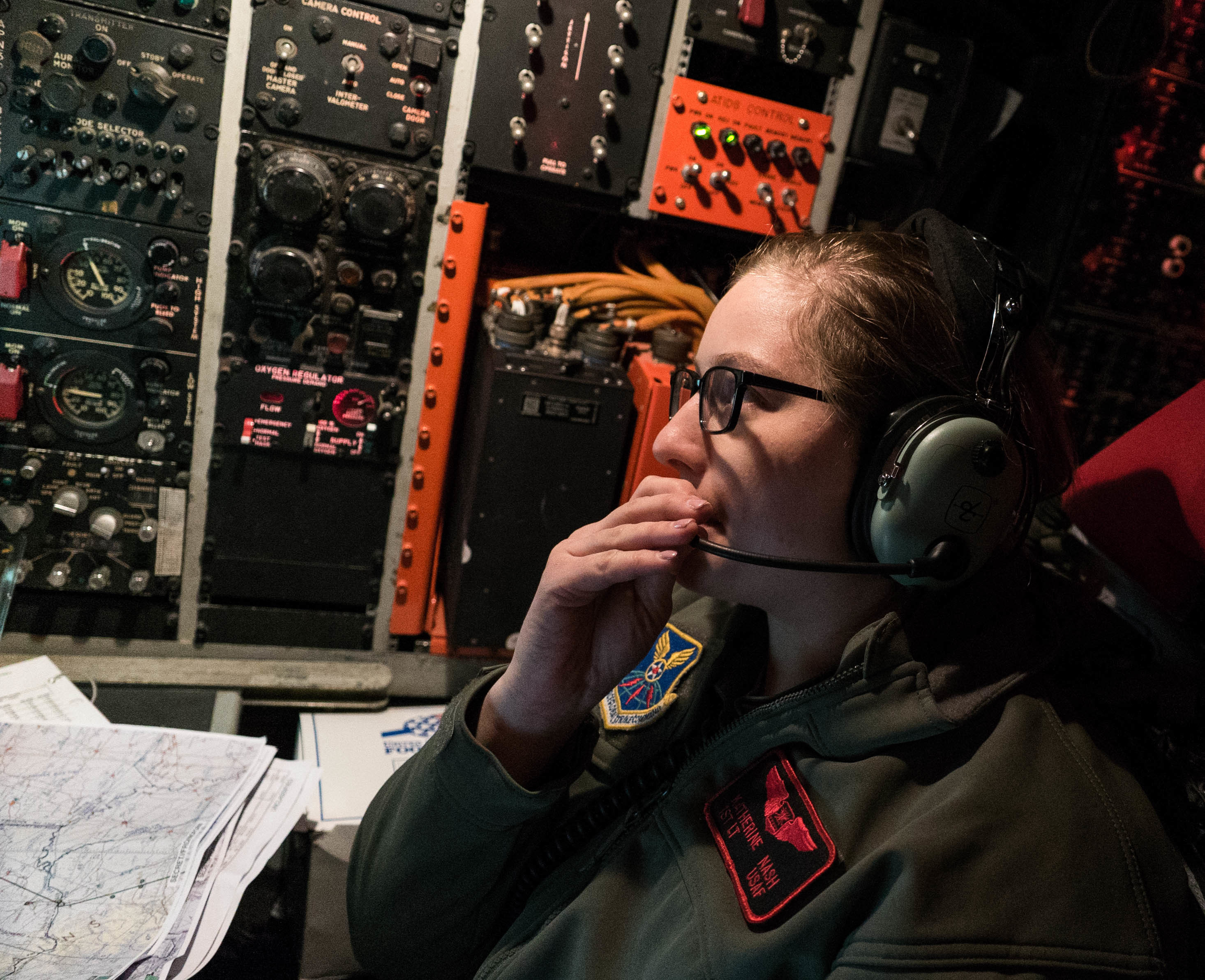 1st Lt. "Nash" of the 96th Bomb Squadron stationed out of Barksdale Air Force Base, La. performs navigator duties on a B-52H Stratofortress flying out of RAF Fairford, England while on a training mission near the Black Sea October 22, 2019. Airmen and B-52 aircraft from the 2nd Bomb Wing deployed to England in support of Bomber Task Force Europe 20-1, an exercise designed to familiarize aircrew with European airspace and reassure allies in the region. (Staff Sgt. James Cason/Air Force)
3 of 7 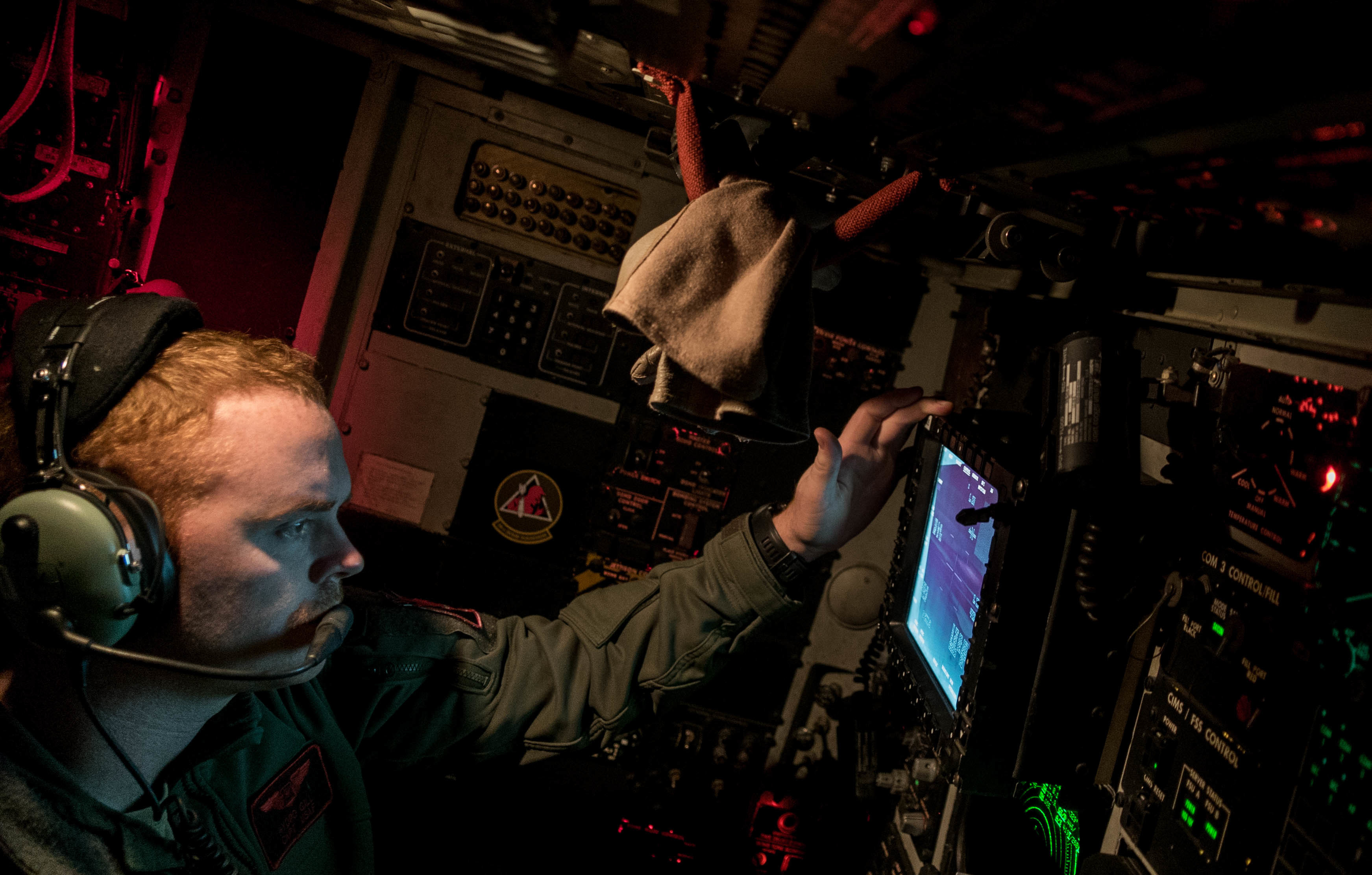 Capt. "Hydro" of the 96th Bomber Squadron stationed performs bombardier duties on a B-52H Stratofortress Monday near the Black Sea. Airmen and B-52 aircraft from the 2nd Bomb Wing deployed to England in support of Bomber Task Force Europe 20-1. (Staff Sgt. James Cason/Air Force)
4 of 7 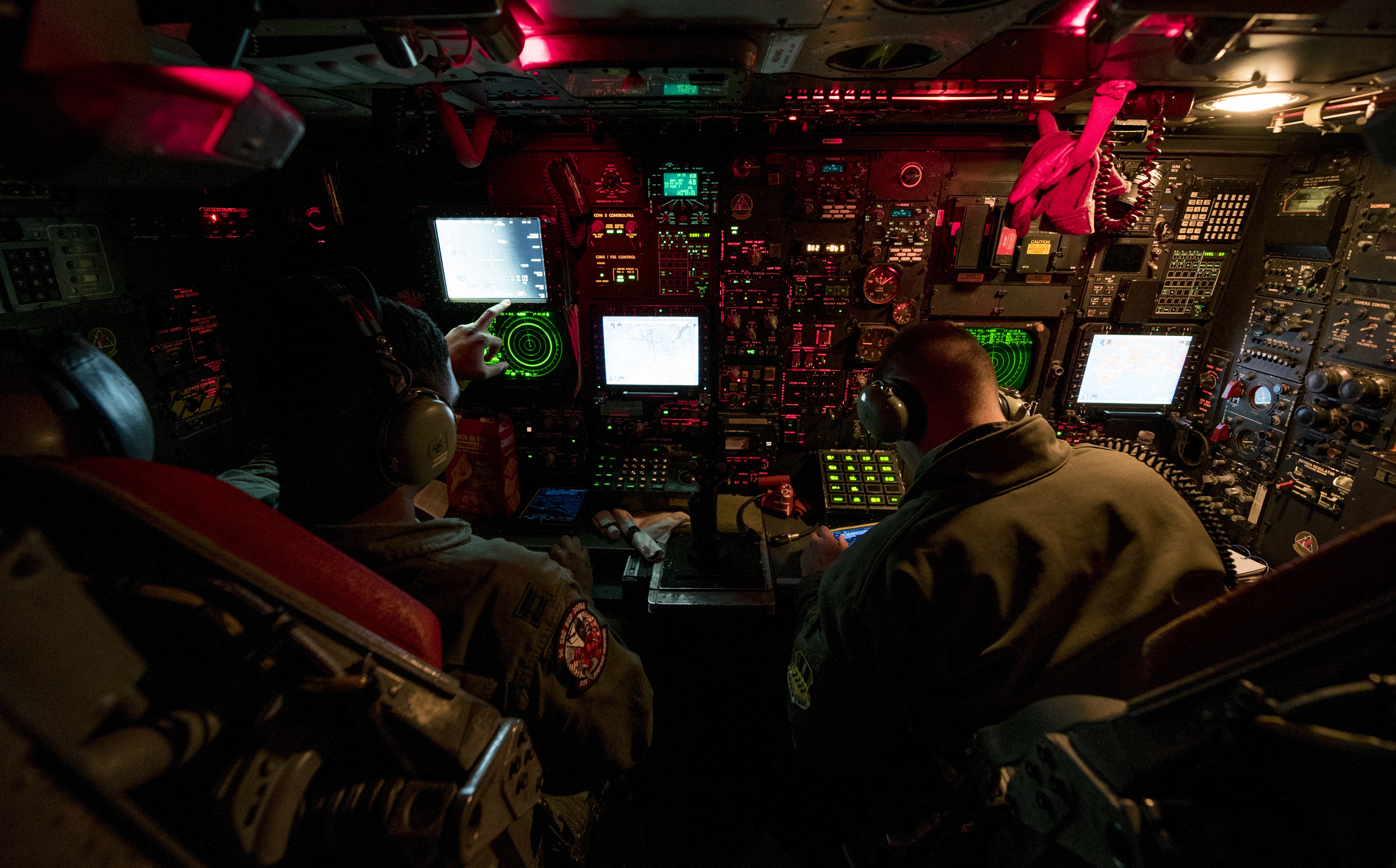 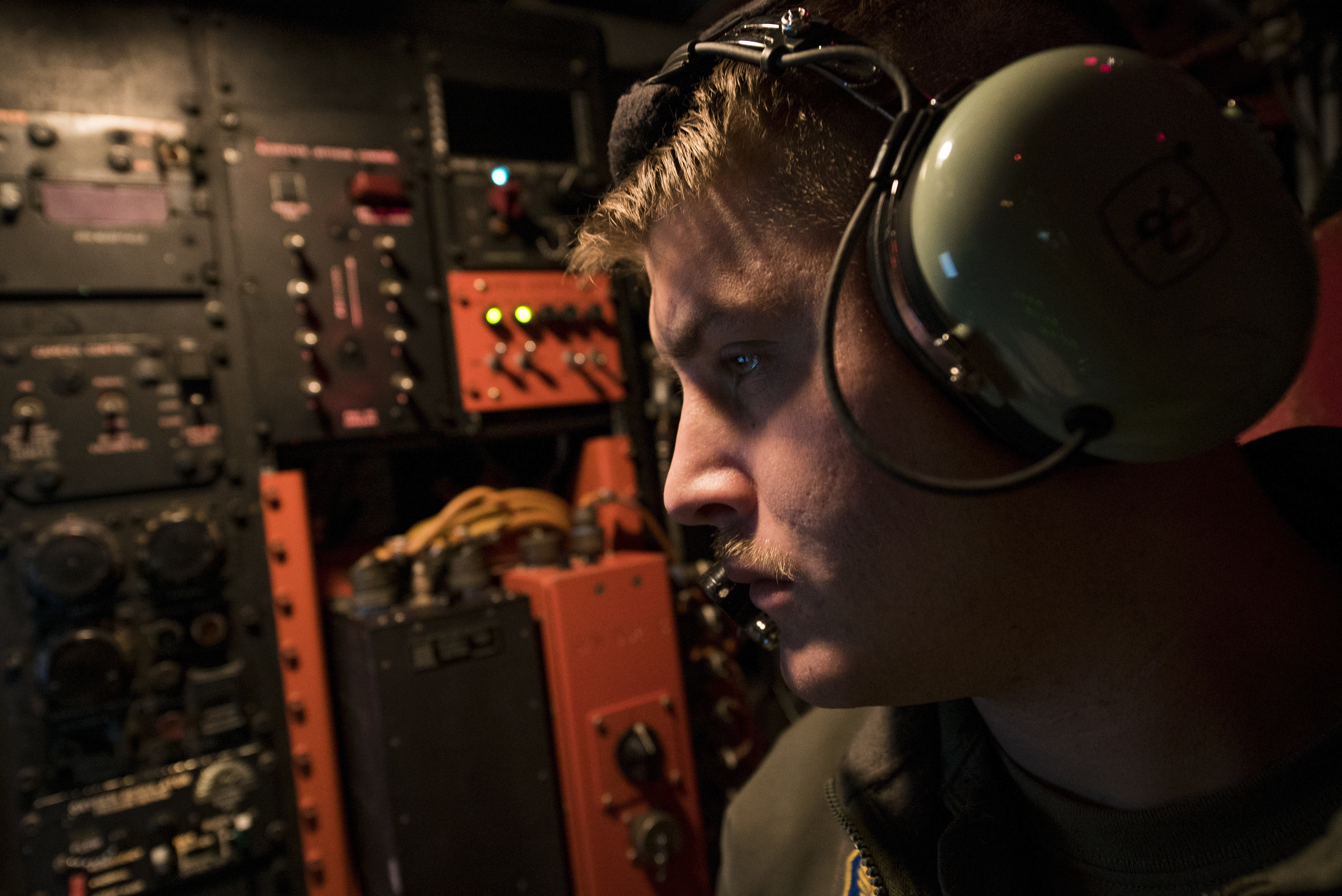 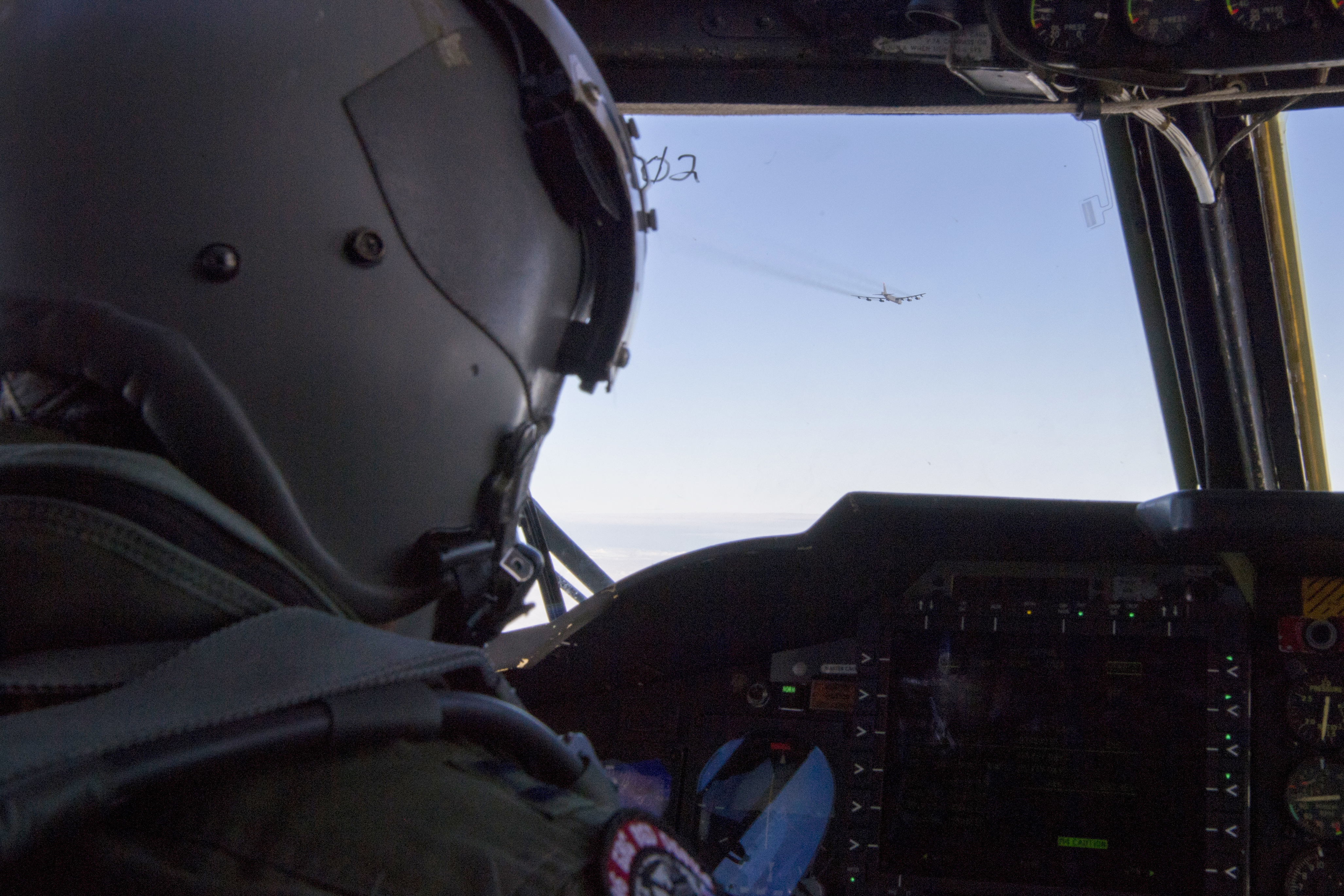 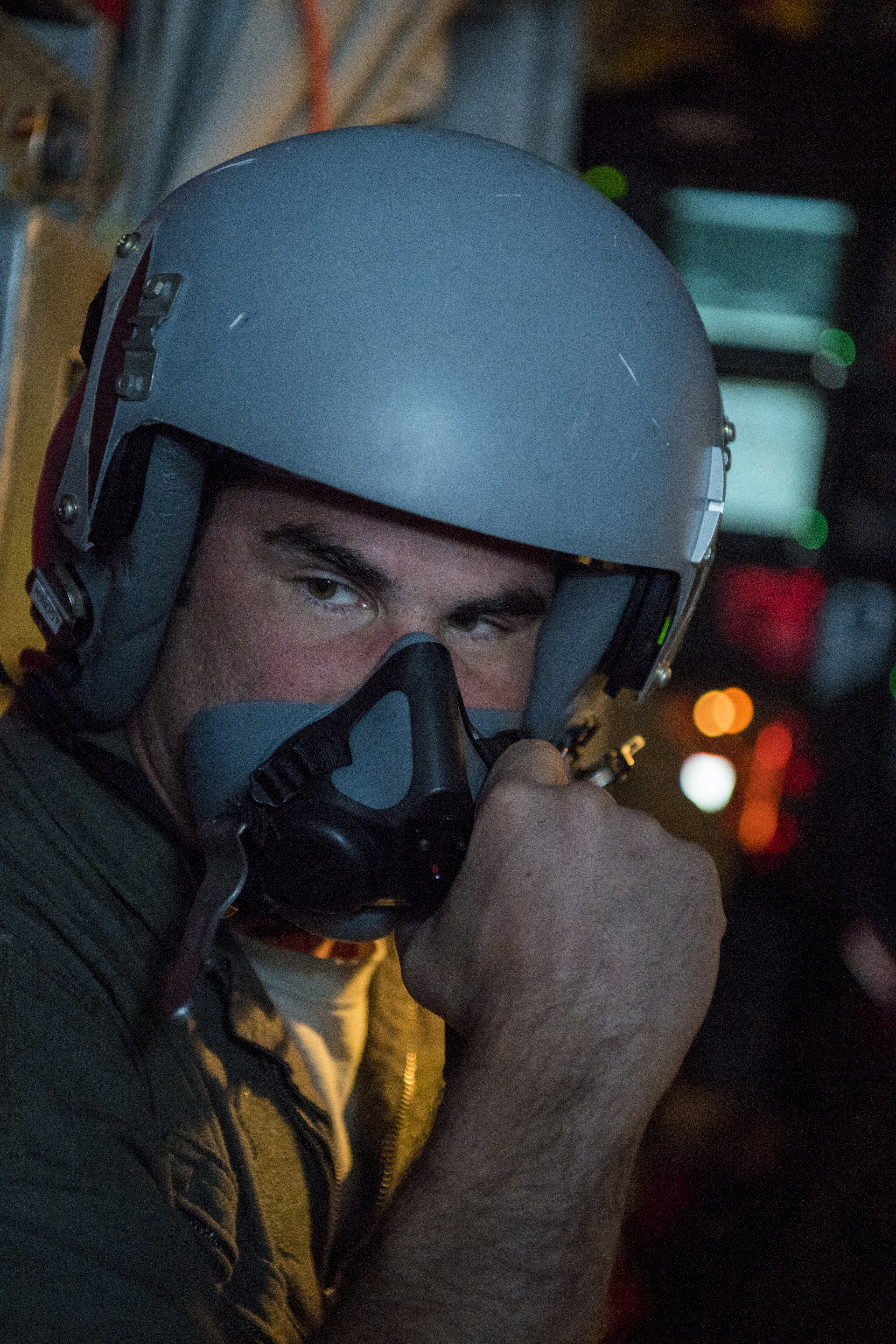 The bomber task force, part of the 2nd Bomb Wing from Barksdale Air Force Base in Louisiana, deployed to England Oct. 10 to conduct integration and interoperability training with European allies and partners, U.S. European Command said in a release Tuesday.

New in 2019: Airmen will continue stepping up to deter Russia in Europe

The Air Force has been busy in Europe this year, and if the Pentagon’s European Deterrence Initiative funding is any gauge, they’ll remain busy in 2019.

The deployed task force consists of four B-52s and about 350 airmen.

EUCOM said it would not confirm details of future operations to preserve operational security.

USAFE said in an email that the mission was not part of the European Deterrence Initiative, which includes air policing and surveillance activities, stationing fighter aircraft in Europe, and flying training exercises. Since 2014 — shortly after Russia’s Crimea invasion — the military has operated that initiative to deter further Russian aggression against its neighbors.