Chuck Yeager is tweeting at the speed of sound

The first pilot to go supersonic is now tweeting almost as fast.

Over the past few days, retired Air Force Brig. Gen. Chuck Yeager has been answering all kinds of questions on his Twitter page, ranging from space travel to fishing.

Yeager, broke the sound barrier on Oct. 14, 1947, traveling faster than Mach 1 in the Bell X-1 "Glamorous Glennis." The aircraft is on permanent display at the Smithsonian National Air and Space Museum in Washington, D.C. Yeager, a decorated World War II flying ace in his P-51 Mustang, was shot down over France, escaped to Spain with the aid of the French Resistance, and later flew more combat missions against the Nazis. He also commanded squadrons and wings in Europe, the United States and in the Philippines during the Vietnam War, where he flew more combat missions. You can follow Yeager on his Twitter account.

Here are some of the best questions and answers - just from the past few days: 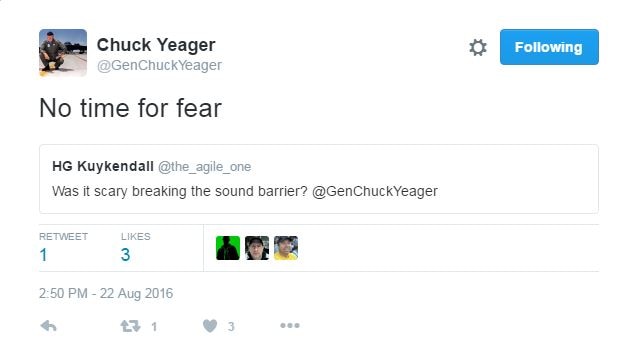 2. No Concorde replacement soon, then. 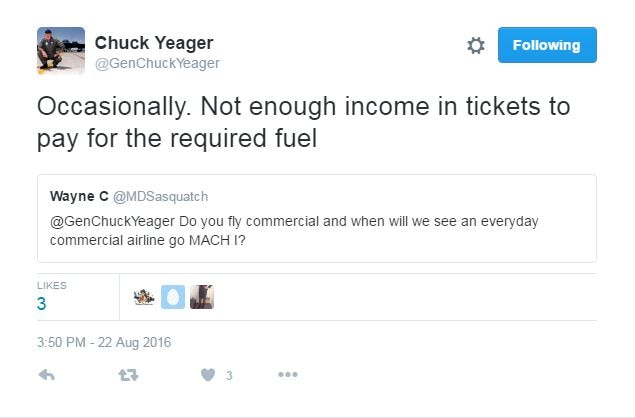 3. Taking a swipe at a famous astronaut's appearance on "Dancing with the Stars"? 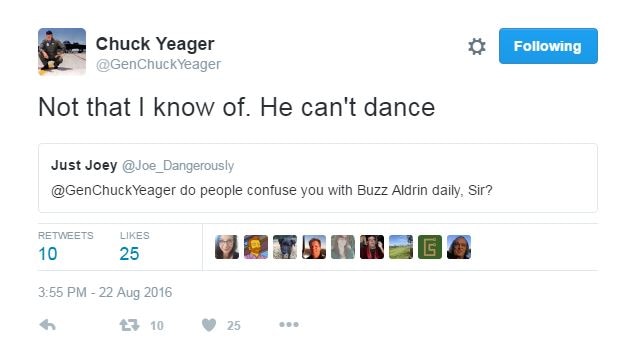 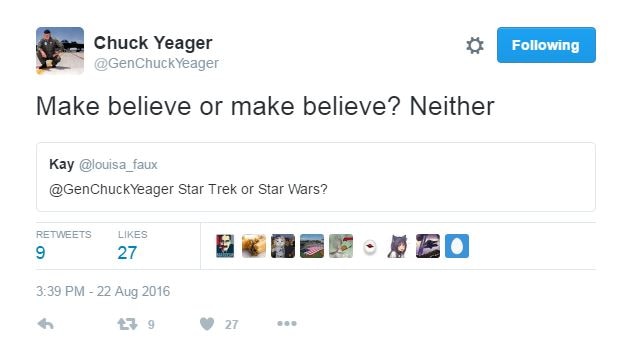 5. Always go camping with a friend. 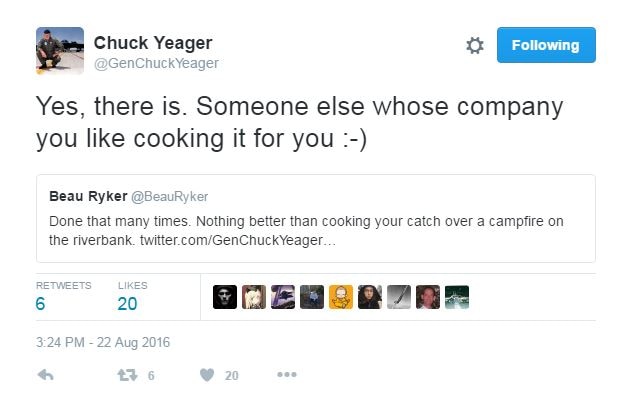 6. Yeager has crossed paths with quite a few famous people. 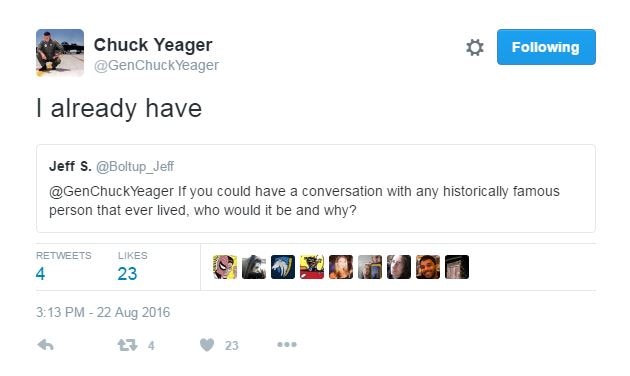 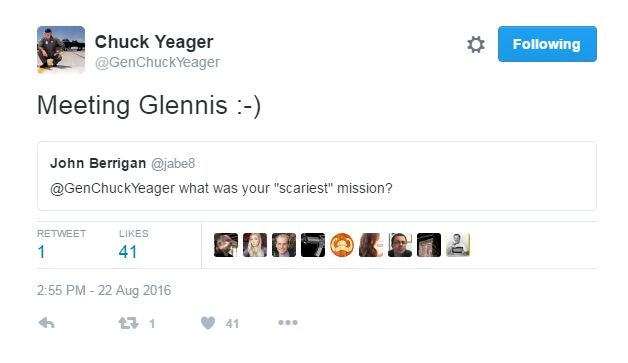 8. Will remotely piloted aircraft take over everything? 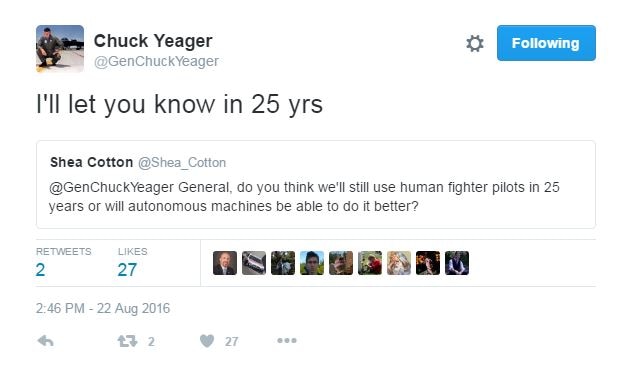 9. His recommendations on where to learn to fly. 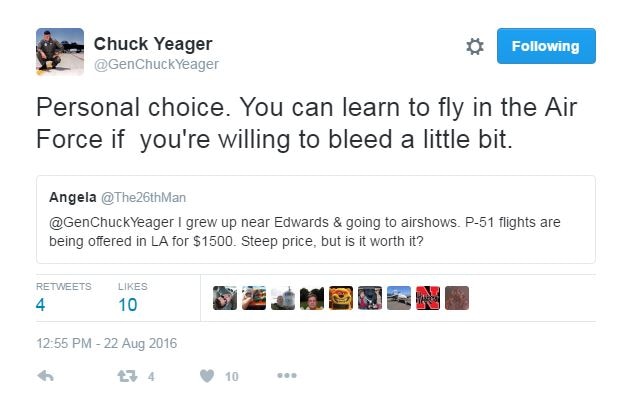 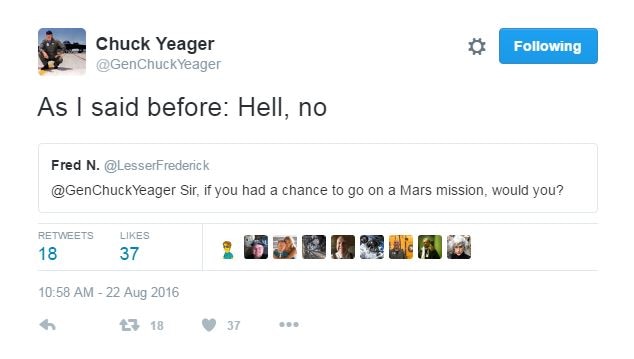 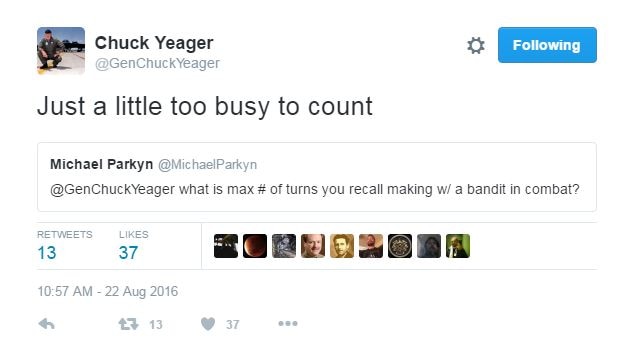 12. Can't keep a pilot away from his aircraft. 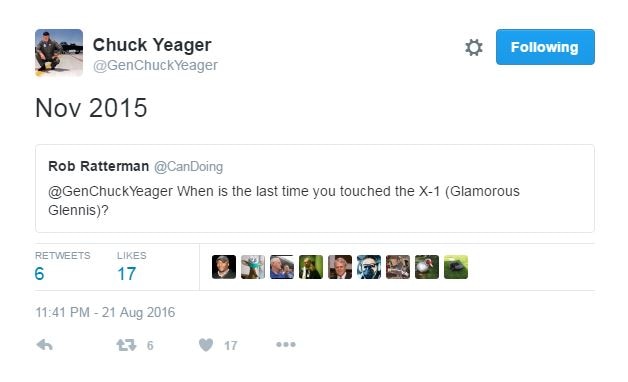 13. Don't count on the general for fishing tips. 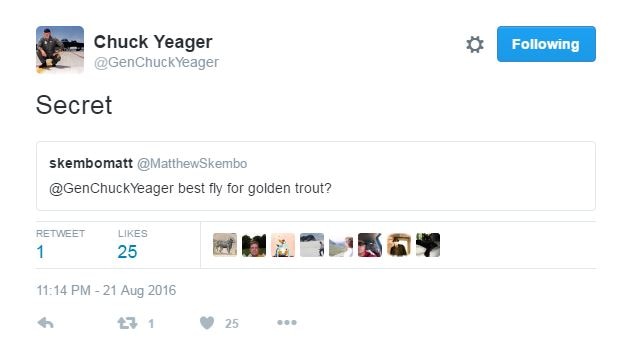 14. And finally, he settles a long debate. 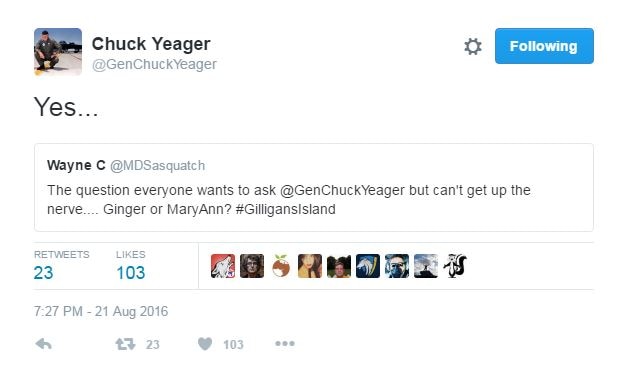 ‘She died in excruciating pain, instead of being properly treated,’ says sailor’s father

Suffering in this case, as well as another, could have been prevented by proper military medical care, such as a simple antibiotic, witnesses say.

Your 2022 Guide to Military Benefits

Service members need to know what military benefits have and haven't changed for 2022, whether it’s health care, retirement benefits, education, or housing.

Air Force may allow another dash of ’stache

The decision isn't yet final, but may come as soon as Friday.

How much can I contribute to my IRA? — Money Minute

Air Force may allow another dash of ’stache