A B-1 Lancer that made an emergency landing in Texas earlier this month blew at least one of its four cockpit escape hatches, but the ejection seat did not deploy, photos of the incident show.

The Dyess Air Force Base bomber experienced an “in-flight emergency” when it requested to land at Midland International Air and Space Port. Fire crews responding to the aircraft used foam on the plane, suggesting the crew had reported an engine fire.

Two photographs, one distributed by the Associated Press and one taken by the Midland Reporter-Telegram show that at least one of the emergency hatches above the crew in the cockpit blew open, suggesting the call to eject had been made.

A B-1 has a crew of four: A pilot, co-pilot, and two weapons officers seated behind them. Each crew member is strapped into an ACES II ejection seat, and there is an escape hatch above each B-1 crew member.

In an emergency, once the ejection handle is pulled, an automatic sequence takes over. The hatch is blown and the seats are launched from the aircraft via a STAPAC rocket motor. The entire sequence takes seconds to complete. 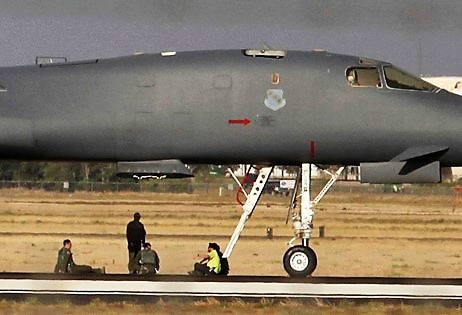 A zoomed-in version of a photo of a B-1 Lancer shortly after it made an emergency landing May 1 in Midland shows the missing escape hatch at the top of the bomber. The Air Force on Friday said they would not talk about the hatch, pending the completion of the incident investigation. (Jacob Ford/Odessa American via AP)
2 of 2 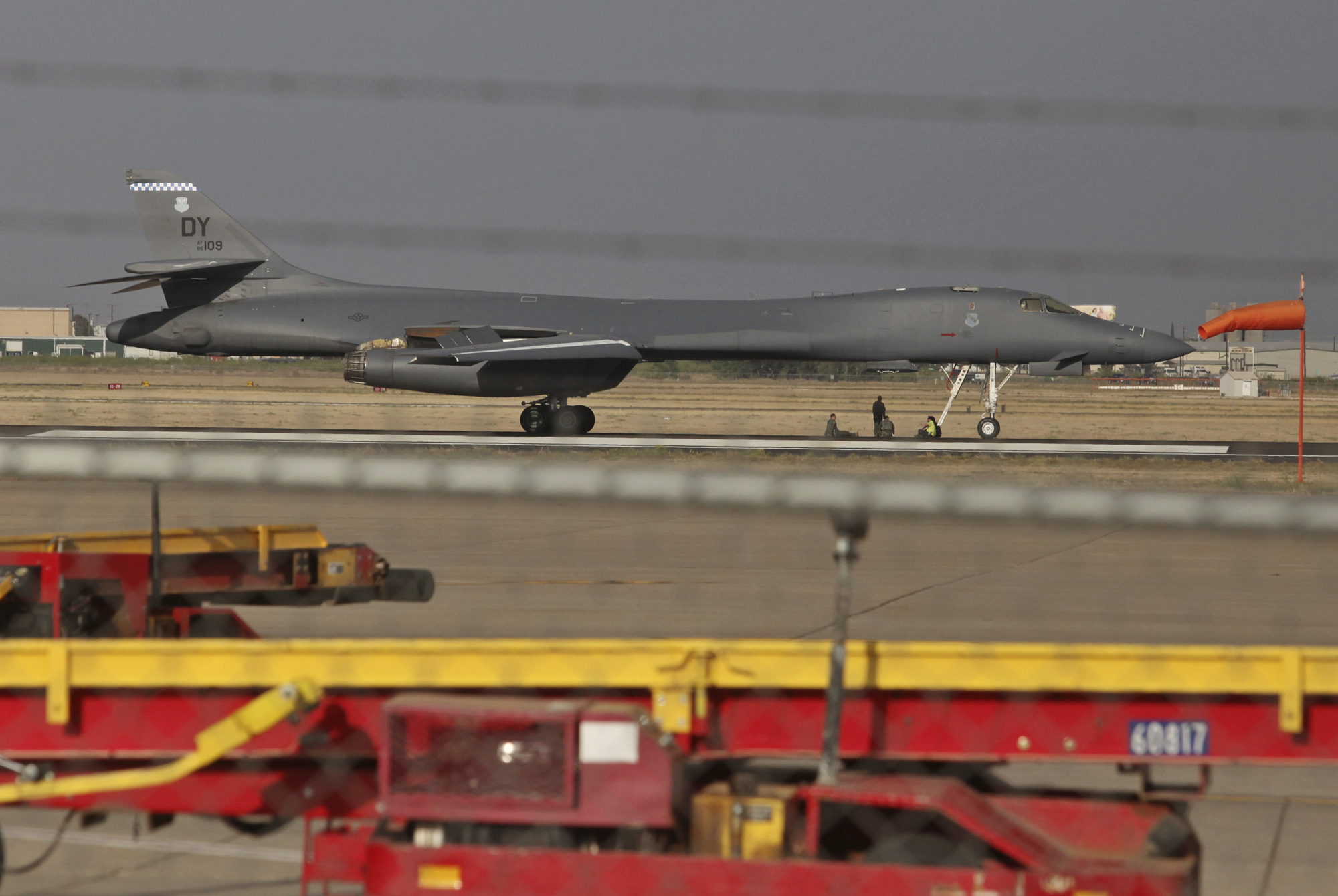 The B-1 Lancer after making an emergency landing at Midland International Air and Space Port, May 1, 2018, also showing the missing emergency hatch. The aircraft is a supersonic variable-sweep wing, heavy bomber used by the United States Air Force. (Jacob Ford/Odessa American via AP)

If the B-1 seats failed to eject, it would be similar to a seat failure in a 1987 B-1 crash in Colorado where an instructor pilot was killed because his seat failed.

In that flight, the B-1, which is designed for a crew of four, had two additional crew members in jump seats. Both jump seat passengers and the instructor pilot whose ejection seat failed were killed in the crash.

The Air Force would not comment on whether the blown hatch, shown up close in a photograph that appeared in the Midland Reporter-Telegram, had been recovered, and whether the ejection seat failed to deploy.

An Instagram post shortly after rescue crews responded to the emergency landing of a B-1 Lancer in Midland, Texas, May 1. Fire crews used foam retardant, suggesting that the crew reported an engine fire. The Air Force has not discussed the details of the landing, citing an ongoing investigation.

The incident is still under investigation, Dyess Air Force Base officials said.

Tara Copp is the Pentagon Bureau Chief for Military Times and author of the award-winning military nonfiction "The Warbird: Three Heroes. Two Wars. One Story."

A new study shows greater promise for the use of specialized field dressings to help treat blast and burn injuries in the field. The draft gets a constitutional challenge, and more troops get approved to help with COVID-19 vaccinations. Also, the latest on the status of the JEDI contract and the latest headlines from the defense industry. That and more on Defense News Weekly for February 20, 2021.
Close
Now Playing

The size of the surface fleet and a groundbreaking pilot - Defense News Weekly Full Episode, 2.13.21