Members of the German Air Force’s Air Ground Operations Squadron partnered with U.S. airmen last week for a close-air support exercise, according to a Department of Defense news article.

From April 10-14, airmen from the Air Force’s 19th Air Support Operations Squadron worked with their German counterparts at Camp Grayling, Michigan. The exercise was intended to strengthen military capabilities between the two countries, given the joint efforts of operations such as the ongoing effort to defeat ISIS, Operation Inherent Resolve. Working with A-10C Thunderbolts IIs and F-16 Fighting Falcons, the exercise helped to develop interoperability between the two militaries, while giving the air support troops a chance to strengthen their unique skill set. U.S. Air Force Senior Airman Evan Conde, 19th Air Support Operations Squadron Tactical Air Support Party specialist, conveys his air support plan to German air force Maj. Nader Samadi, Air Ground Operations Squadron commander, during a close-air support exercise, April 12, 2017, at Camp Grayling, Mich.
Photo Credit: Airman 1st Class Daniel Snider/Air Force
"With everything happening in the Middle East and across the globe, like [ISIS] trying to fight their way into the European area, it provides a legitimate reason as to why we should all get together and become as strong as we can through joint training," said Air Force Master Sgt. Thomas Jenn, the 19th Air Support Operations Squadron division flight chief.

"NATO is fighting together as a coalition," Samadi said. "We do everything together, whether it’s U.S. or other NATO partners, the standards are the same. We try to work the same ways so we’re interoperable, and that’s the best thing," he added.

Samadi noted that dogfights in the air are increasingly less common, with air-to-ground needs constantly on the rise.

"Nobody really knows what the [Joint Terminal Attack Controller] is doing but everybody wants to have them," Samadi said. "It’s really important because we don’t want civilian casualties," he added.

Ground-based JTACs are the direct voice between the ground and air support, requiring deliberate, precise and timely decision-making. 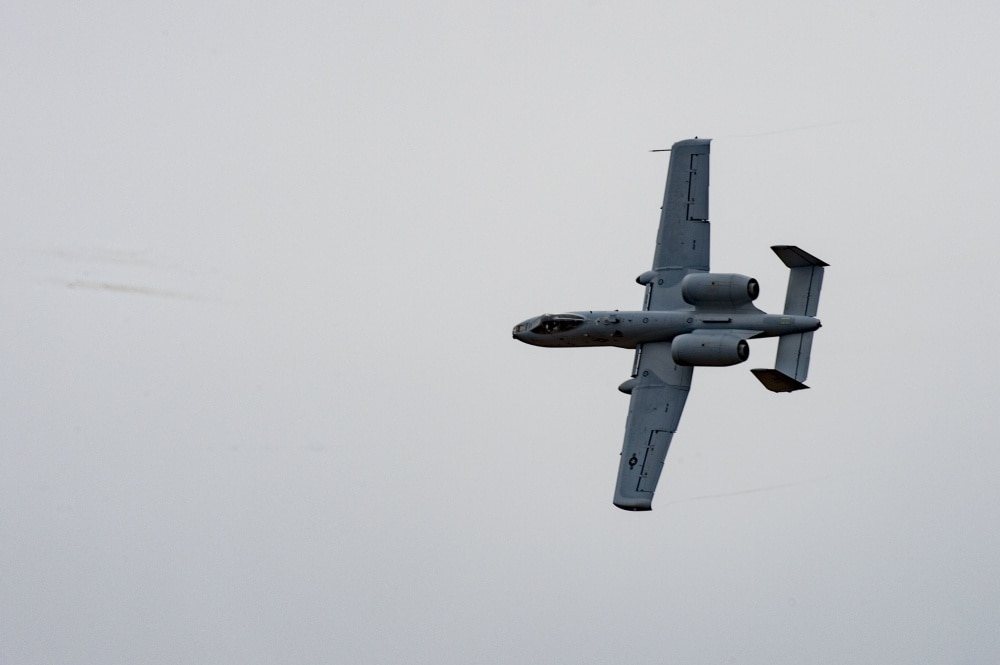 An A-10C Thunderbolt II flies above Camp Grayling, Michigan., during a joint close air support exercise, April 13, 2017.
Photo Credit: Airman 1st Class Daniel Snider/Air Force
"It’s really important that somebody is there to liaise between the boots on the ground and the air guys," said Samadi. "That’s our job, being the liaison and bringing in the biggest weapons," he added.

Live exercises that allow for error and correction like these greatly improve the abilities of JTACs to perform successfully in combat zones. Additionally, joint-exercises help strengthen the overall bond between NATO allies.

"Seeing a scenario that is closely mirroring what’s happening overseas right now and seeing some of the tactical problems that we throw at these guys, it makes them think," Jenn said. "It’s a chance to make mistakes without any negative repercussions. That’s probably one of the best things about it," he added.