An Air Force officer convicted in 2015 of sexual assault has been granted a hearing by the Air Force Court of Criminal Appeals to petition for a new trial.

Lawyers for Maj. Clarence Anderson III, who was sentenced to 42 months of confinement and dismissal from the Air Force, will make his case in front of the three-judge panel during a hearing scheduled for Tuesday.

"I will be arguing Major Anderson is entitled to a new trial due to perjury by his ex-wife and payments to a witness that came to light after trial," Anderson’s attorney, Brian Mizer, told Air Force Times in an email. "This case is every airman and parent’s worst nightmare. The military justice system was never intended to serve as a cudgel during bitter divorce and custody proceedings."

Mizer is a senior appellate defense counsel with the Air Force Appellate Defense Division at Joint Base Andrews, Maryland.

The hearing will be closed because it will discuss testimony that was sealed pursuant to Military Rule of Evidence 412, or the military's rape shield rule, Mizer said.

Mizer said it likely will take "several months" for the Air Force Court of Criminal Appeals judges to rule on Anderson’s case.

"If they don’t grant him a new trial, then we will appeal his case to the Court of Appeals for the Armed Forces," Mizer said. 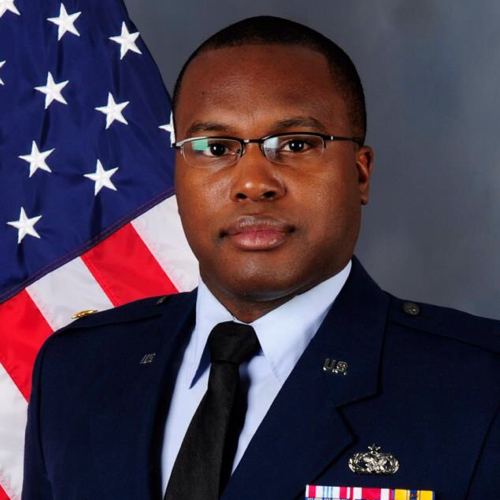 The charge sheet against Anderson alleged that he was involved in a series of incidents that began in 2009 and took place through 2013 in New Mexico, Alabama and Florida.

The incidents, according to the charge sheet, included choking the alleged victim and hitting her in the face. Anderson also was accused of holding the woman against her will and threatening her by saying, "I know how to kill you and blame it on PTSD," the charge sheet said.

Anderson was found guilty after a three-day general court-martial of committing six offenses under the Uniform Code of Military Justice: sexual assault and abusive sexual contact; aggravated assault and assault; and communicating a threat and kidnapping.

Anderson, who chose to have the trial heard by military judge alone instead of a panel of officers, was found not guilty of two other assault charges and one other kidnapping charge, the Air Force said at the time.

In a letter obtained in December 2015 by Air Force Times, Anderson's attorney at the time cited several potential problems with the case, including the allegation that one witness who testified for the alleged victim may have been paid.

According to Mizer, after Anderson’s court-martial, the officer’s mother recorded a witness — who testified at the hearing — saying he received a $10,000 payment from Anderson’s then-mother-in-law before he testified.

This led the convening authority to order a post-trial hearing, where both Anderson’s ex-wife and the witness testified that it wasn’t $10,000 but rather $100,000 that changed hands, Mizer said.

They testified the money was for home renovations, Mizer said, adding that the witness said the money was a gift, while Anderson’s ex-wife said it was a loan.

The judge in the case, Lt. Col. Marvin Tubbs, ruled that the payment would not have impacted the trial had it come to light earlier, Mizer said. An official who spoke to Air Force Times after that December 2015 hearing said the same thing, that the judge decided not to overturn the verdict or recommend that the convening authority do so.

Moreover, the official said, the judge decided that the evidence of the witness payment "probably would not produce a substantially more favorable result" for Anderson had it been presented during the court-martial, the official said.

Mizer said part of his argument during Tuesday’s hearing is to challenge that ruling.

Michelle Tan is the editor of Army Times and Air Force Times. She has covered the military for Military Times since 2005, and has embedded with U.S. troops in Iraq, Afghanistan, Kuwait, Haiti, Gabon and the Horn of Africa.

Veteran who testified against friend avoids prison for Jan. 6

Prosecutors did not seek prison time for Jacob Fracker, pointing to his cooperation and trial testimony against Army veteran Thomas Robertson.

US, South Korea to begin expanded military drills next week

Air Force parents choose how to care for their children, not commanders, service says