A U.S. Air Force officer stationed in England, who was especially hard on his squadron commanders,  was removed from command in March 2014 due to a toxic command climate, according to a newly released investigative report.

At the time, base officials said Col. Charles Hamilton was removed from command of the 422nd Air Base Group at RAF Croughton, England, due to a loss of confidence in his leadership abilities. A base spokesman told news outlets that the issue was problems with the commander’s "leadership style."

Air Force Times obtained the investigation report through a Freedom of Information Act request. Though all names have been redacted from the report, it includes interviews with an airman at the base who accused the air base group commander of creating "an atmosphere of toxic leadership by berating and humiliating his subordinate squadron commanders."

Investigators spoke with other airmen stationed at the base, who said the commander would sometimes raise his voice, berate his subordinates, and question their decisions in public, making some individuals at the base feel "totally humiliated." 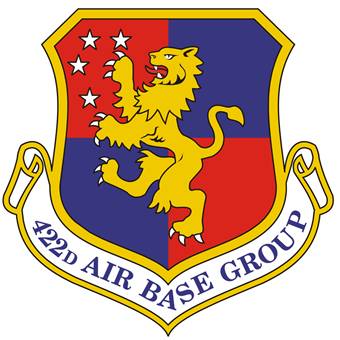 An Air Force officer with the 422nd Air Base Group stationed in England was removed from command over allegations of a hostile work environment, Air Force Times has learned.
Photo Credit: Air Force
This led to some airmen not feeling comfortable bringing things up with the commander, and prompted one squadron leader to say, "In my first year he made me feel like crap and unworthy of my position."

The official investigation, however, found that there was no "overall negative affect on the group as a whole."

"Some of the witnesses generally agree that he can be moody, arrogant and stern," the investigator wrote. "Some have felt intimidated, bullied, and not appreciated."

Others, however, gave the colonel high marks and said he is "known to some as a leader who cares, is well-intended, and has to deal with officers who are new to command and bring much of their problems on themselves."

"While [the commander’s] actions and leadership style definitely had an impact on a few individuals, I do not assess that there is a preponderance of evidence to support that his actions created a chilling effect on squadron commanders' ability to command," the investigator said.

The airman who filed the original complaint was also called into question. The investigator said he believed the airman "embellished his accounts," and that he did not consider the airman to be a "credible witness."

Still, "given the evidence of intimidation, degradation, and ineffective meetings based in part on poor communications and vague guidance, there is enough information to support that there was an atmosphere of toxic leadership," the report concluded.

Hamilton, a bomber pilot, retired from the Air Force in November 2014 after a 24-year career.

The 422nd Air Base Group is one of the Air Force’s top communications centers in Europe, and supports NATO, EUCOM, CENTCOM and AFSOC, the service said.

Time to rock out: Elmo and friends help military families with stress

Routines are good, but sometimes veering from routine to spend a spontaneous moment with family can do wonders.

More virtual health care is likely to be an option.

A letter to the next US president: Here’s how you can fix our military

It’s hard to imagine the NFL only picking players based on subjective recommendations. So why does the military?

The lawmaker leading the work said he hopes to propose major changes to military pay in early 2024.

A letter to the next US president: Here’s how you can fix our military