Willie N. Rogers, one of the oldest surviving members of the Tuskegee Airmen, died Friday from complications of a stroke. He was 101.

The longtime , resident was a member of the original established during .

He was wounded in action, shot in the stomach and leg by German soldiers, during a mission in Italy in January 1943. Rogers spent three months in a hospital in London before returning to the war, the Tampa Bay Times reported.

The group’s 300 surviving members were decorated by  at the White House in 2007, during which they were awarded the Congressional Gold Medal. But Rogers didn’t attend. His family didn’t even know that he was part of the Tuskegee Airmen, first African-American military aviation squadron in  history. 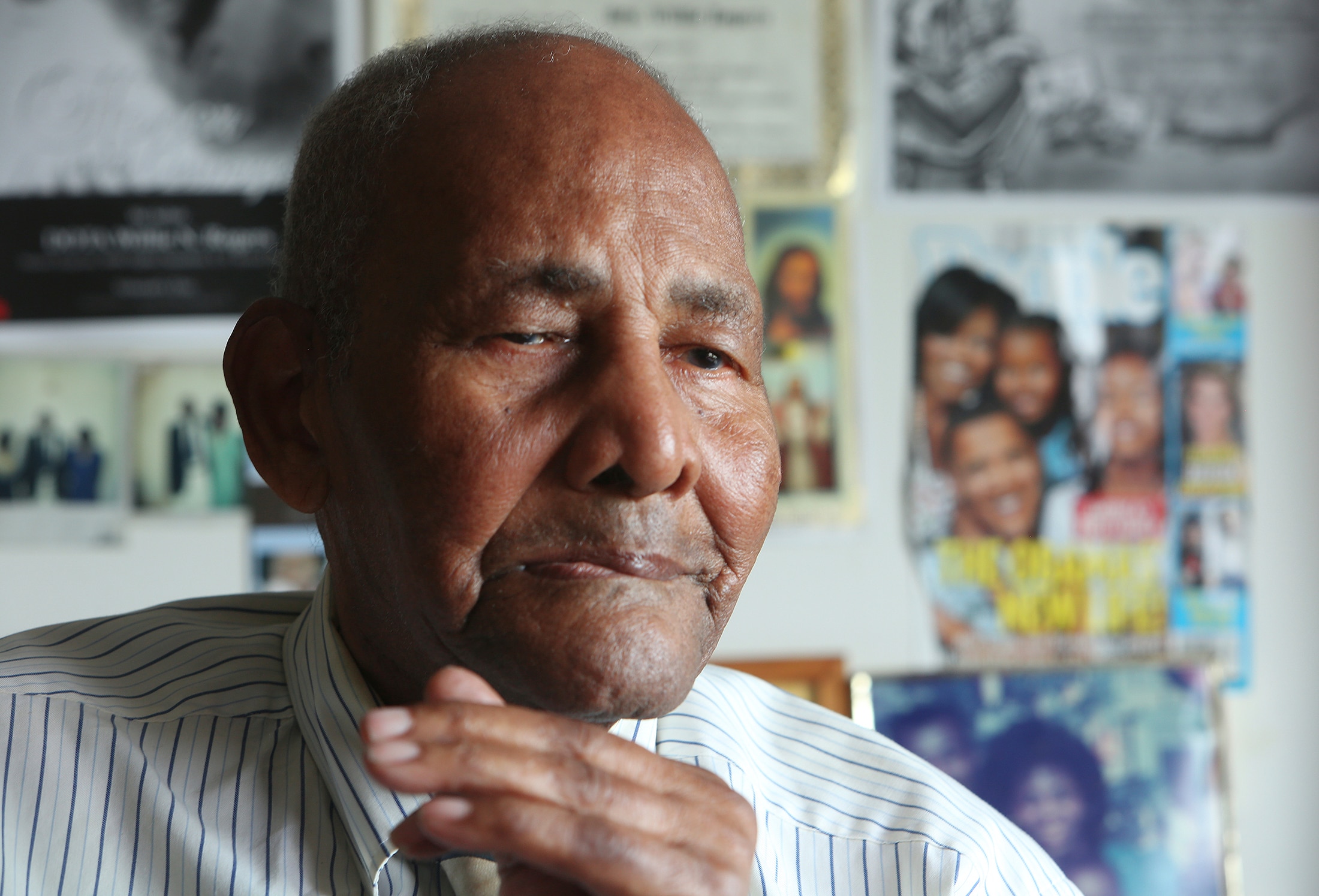 Willie Rogers, 99, reflects on his service and his life on Feb. 23, 2015, at home in St. Petersburg, Fla. Rogers, the oldest surviving member of the original Tuskegee Airmen, died Friday, Nov. 18, 2016, in St. Petersburg at the age of 101, said Rev. Kenny Irby, the pastor at the Bethel African Methodist Episcopal Church.
Photo Credit: Scott Keeler/The Tampa Bay Times via AP
Rogers didn't reveal his service until 2012, partially because his work was in logistics and administration and not in the sky, family members said.

"He would always say there were many who deserved attention more but were not here to receive it," said , one of Rogers’ daughters.

His Tuskegee service was disclosed in 2012, and his family worked to get him credit for it, the Times reported.

Rogers received a Congressional Gold Medal in November 2013. He was also presented in recent years with the keys to the cities of Lakeland and St. Petersburg, Florida. His portrait hangs in the St. Petersburg Museum of History.

The change could affect the career of current Army linebacker Army Carter II.

The provision is included in the compromise defense authorization bill released this week.

The swap, at a time of heightened tensions over Ukraine, achieved a top goal for President Joe Biden but carried a heavy price.