The Air Force wants its bases to be up and running as quickly bounce back ​as quickly as possible following an airstrike or other in an event of an air strike or​ attack — so and ​it's asking businesses for help.

The service is working with RE2 Robotics, which is developing the creators of ​a robotics system that would inspect scale ​an airfield for unexploded IEDs, ordnance and other debris in the aftermath of a hostile airstrike or attack, eliminate any dangers, and repair the damage.

"We are demonstrating capabilities the Air Force can use," Jorgen Pedersen, president and CEO of RE2 Robotics, told Air Force Times last week.

"If you had an airstrike ,​... and you need to quickly assess where the damage is, mitigate that damage, and then do the minimal amount of repair to get aircraft back into action," that’s what this robotic system is for, Pedersen said.

The goal is to get an air base functional and keep airmen out of harm’s way. The RADR system would have a two-pronged communication ​approach: an air surveillance vehicle surveying studying ​the damage, and a ground, Rover-like robot that would roll through the potentially unexploded ​rubble. 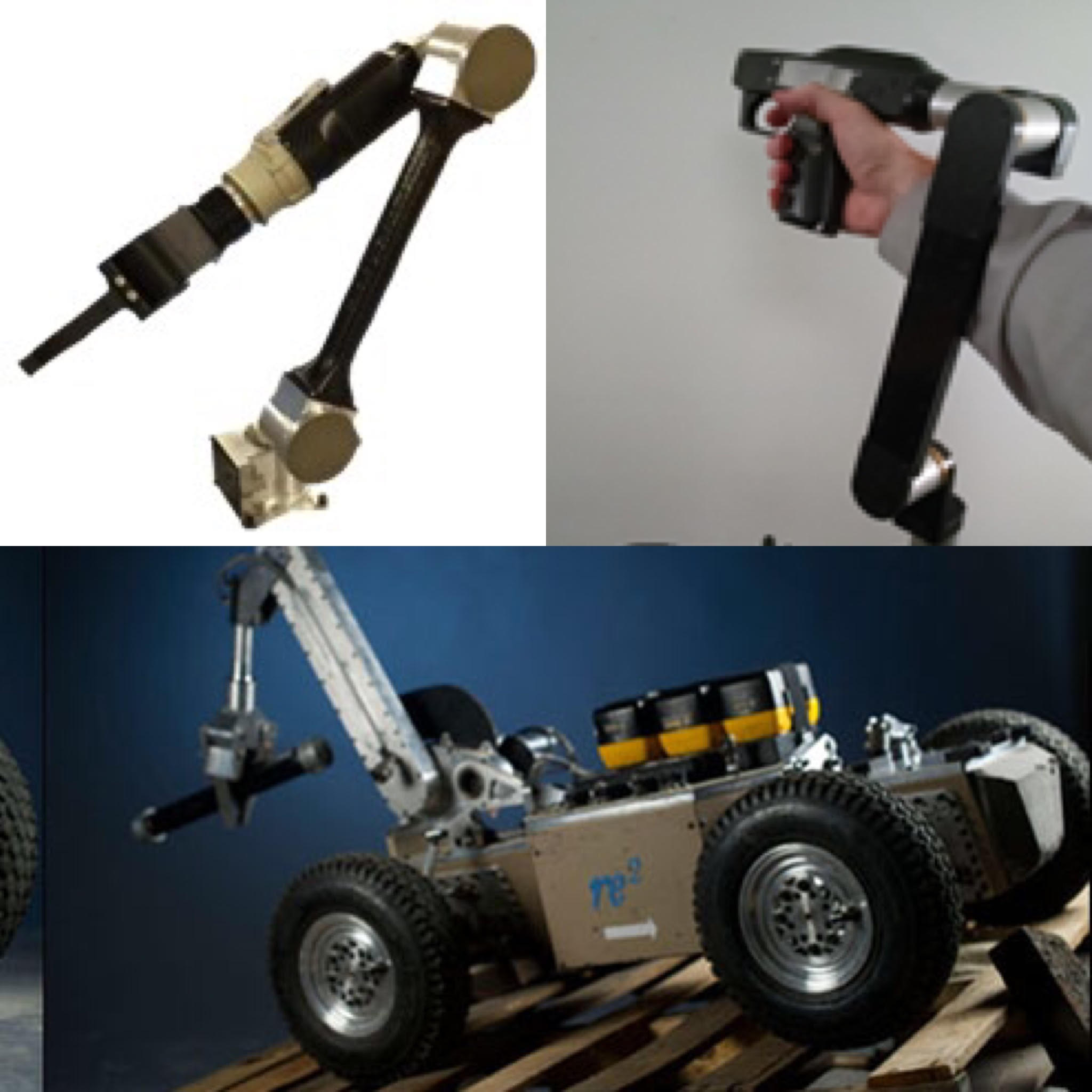 Robotic arms (top left), a controller (top right) and an mobile ground vehicle will be basic components of RE2 Robotics RADR system.
Photo Credit: Courtesy photos RE2 Robotics
Pedersen said RE2 right now is only responsible for the mobile ground unit, but there will be other elements — such as a laser that can "zap" unexploded ordnance — involved ​to safely bring an airfield back into operationtogether​.

"The final phase would be an asset to repair the runway," Pedersen said. RADR would survey the area in about 30 minutes, and getting the base to a basic, functional operation should take "only hours," he added.

RE2 is in the process of making a handful of prototypes and testing them at Tyndall's open ranges. The Pittsburgh-based company hopes to bring the first dispense the ​systems out ​to a few bases in three years.

Pedersen said the system could "easily be applied to other explosive ordnance disposal operations in the other services, too."

"It will be about three to five years until this system can be deployed," he said.

Oriana Pawlyk covers deployments, cyber, Guard/Reserve, uniforms, physical training, crime and operations in the Middle East and Europe for Air Force Times. She was the Early Bird Brief editor in 2015. Email her at opawlyk@airforcetimes.com.

The latest evaluation “will delve deeper into some of the items we learned in the first project," officials said.

The Spouse Angle Podcast: Why Military Teens ‘Are Not Okay’

Many military teens struggle with food insecurity and mental health. Yet a large percentage plan to one day don the uniform, a new study shows.

A former Navy Seabee explains how the service gave him the tools to form a non-profit.